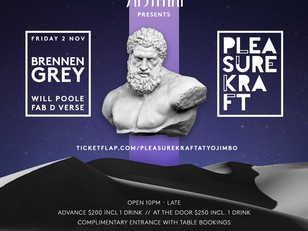 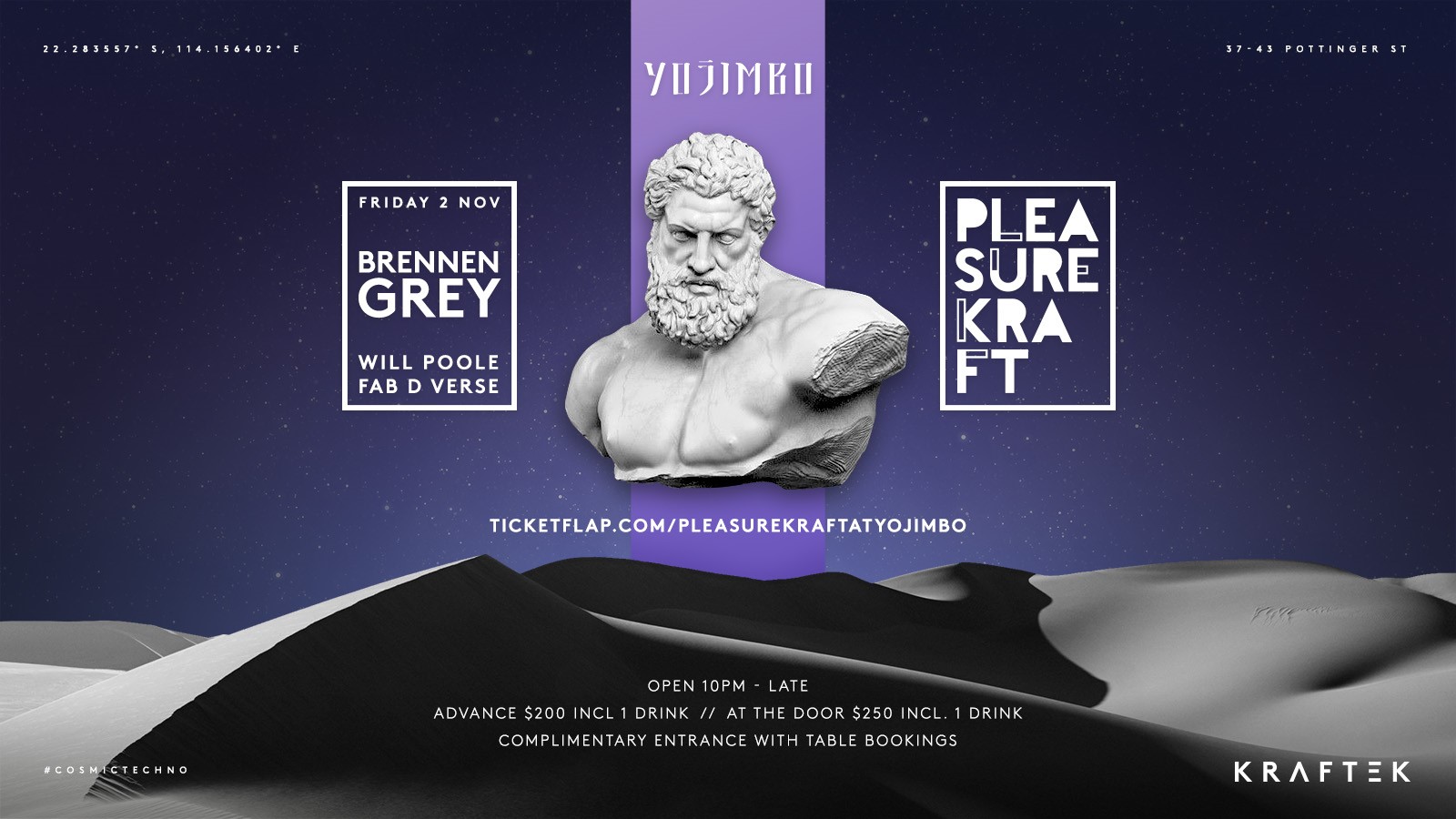 PLEASUREKRAFT
Originally formed in 2010, Pleasurekraft is a musical vision attempting to express the power & beauty of the Cosmos through the language of techno music. Having established a firm reputation for creating standout productions since the release of the now iconic “Tarantula”, Pleasurekraft’s musical evolution has moved over the years towards a much tougher, atmospheric blend of melodic techno comprised of big room drums, soaring breaks, and smart, unpredictable vocals. This self-dubbed “cosmic techno” sound has garnered support from a range of techno heavyweights, including Adam Beyer, Carl Cox, Nicole Moudaber, Alan Fitzpatrick, Pan-Pot & many more.

After eight years of working with some of the biggest names and labels in dance music, 2018 finally saw the release of Pleasurekraft’s debut album, “Friends, Lovers, & Other Constellations”. Filled with cinematic and cosmological references, the album is something akin to a musical mission statement; To prove that there is more to dance music than just a 4/4 beat, cliche drug references, and party themed vocals. While the album and much of Pleasurekraft’s body of work is certainly dressed in full techno regalia, it’s pulsing heart yearns toward a greater understanding of the Cosmos, and humanity’s place within it. This is Cosmic Techno. This is Pleasurekraft.

BRENNEN GREY
Brennen Grey has anchored himself at the forefront of the rich and evolving Techno scene by pushing boundaries and honing a sound thats both dark, and progressive at the same time! Equally grateful to garner respect and support for his tracks from huge names like Carl Cox, Adam Beyer, and Victor Ruiz as well as unknown artists holding up the underground scene on their backs with blood sweat and passion. His sets weave a tale of high energy, deep, driving Techno that's equally at home at festivals he’s played like EDC Vegas, Movement Detroit, and ADE or any number of sweat laden warehouses and clubs you can find him playing at 3am.