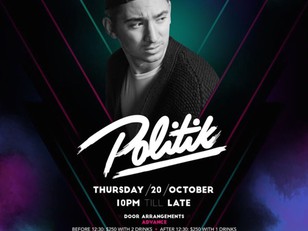 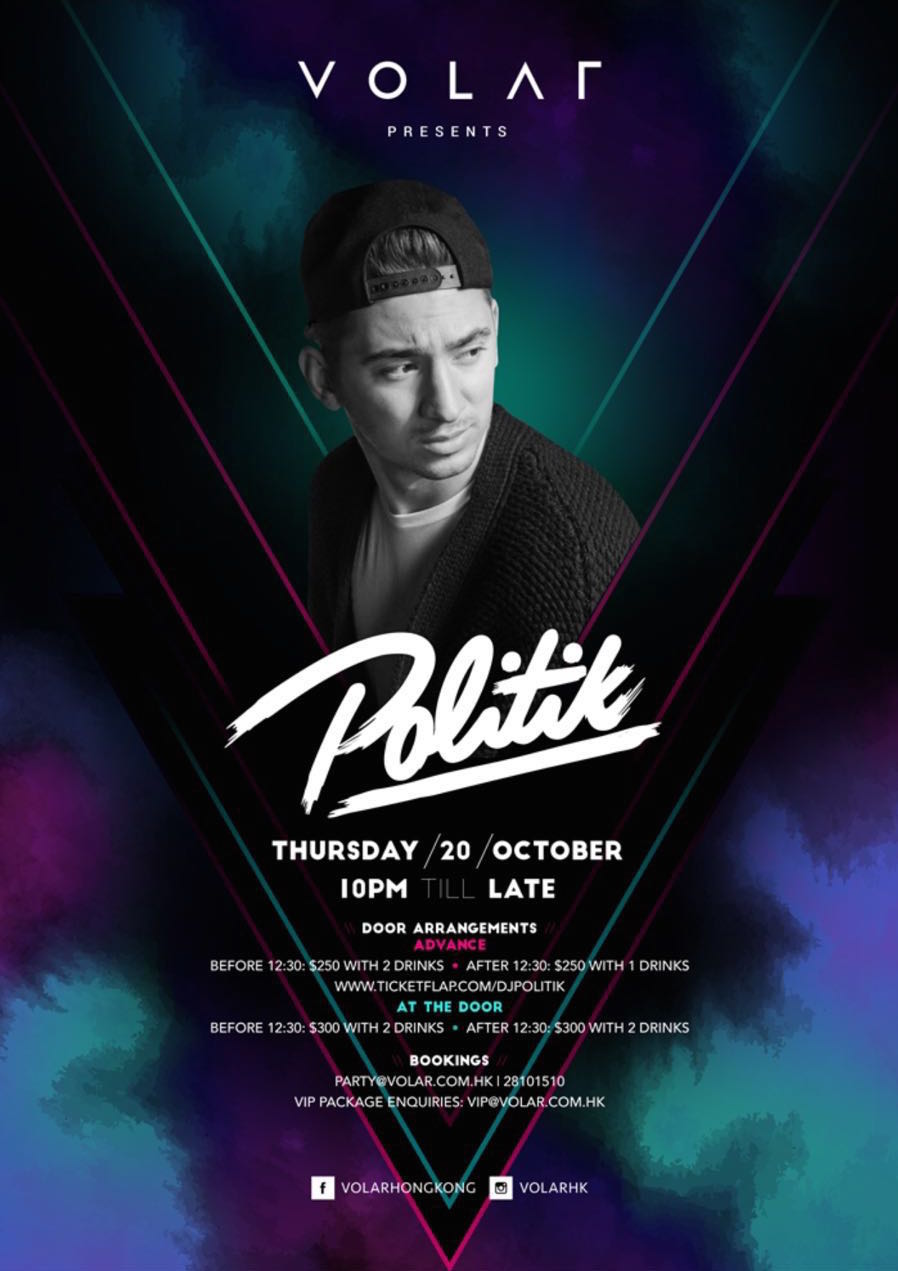 There are very few DJs in the world today that can dauntlessly rock a mega club in Las Vegas or Miami and then orchestrate a tasteful, sophisticated soundtrack for an exclusive, celebrity studded affair the very next day.

Born and raised in Los Angeles, DJ Politik has quickly climbed atop a short list of open- format DJs called upon by elite nightclubs, luxury brands, and celebrities across the globe. He is known for his keen ability to integrate the perfect balance of hip-hop, house, rock, pop, nu-disco, indie dance & classic records into his sets.

“To me, music is a universal language. It’s so diverse and speaks to every person differently. The way it's presented to the audience is just as important as the actual music. I keep my sets as clean and crisp as possible, all while keeping the art of DJing alive with scratches, doubles, loops, creative medleys, and strong mic presence.”

Surrounded by music since birth, his passion for the art was passed on to him by his mother, a recording artist in her native home of Ukraine. As a toddler, Politik would blast music around the house, play with recording equipment, and record his favorite songs from the radio with a tape recorder. The desire to pursue a career in the field, however, came from a keen interest in 90’s hip-hop, leading an unusually young Politik to sneak into nightclubs before his junior year of high school.

Sparked by this newfound calling, Politik bought DJ equipment at 15 years old and began expanding his musical repertoire. First came the high school parties, then came the small club gigs, and before he knew it, he landed himself a residency at then brand new Playhouse Nightclub in Hollywood.

An emerging producer, Politik is beginning to make waves with his remixes. Recent remixes of One Republic “Counting Stars” and Imagine Dragons “Demons” were widely supported on BBC 1 radio. Additional remixes for Broods, Capitol Cities, and Bastille have been favorites of the blog world and international deejays.