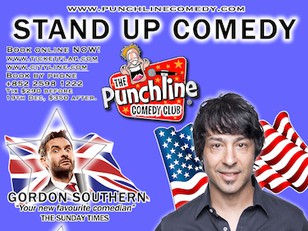 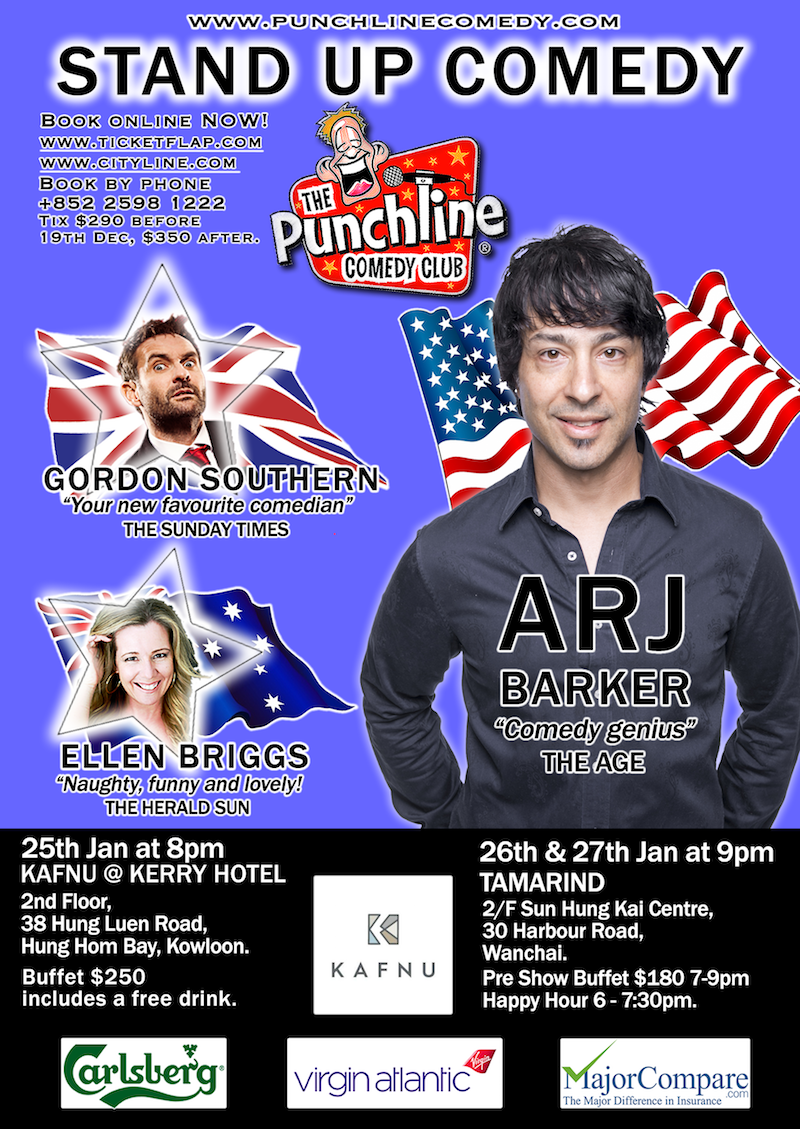 Comedian and celebrity Arj Barker started his career in comedy after graduating from high school in 1989. His first gigs were at an old café called Caffe Nuvo in downtown San Anselmo where he hosted stand-up night every Sunday throughout the early 1990s.[1] Barker appeared on Premium Blend in 1997, followed by appearances on the shows Late Night with Conan O'Brien and The Glass House. He twice hosted Comedy Central Presents, first on 20 September 2000 and again on 31 March 2006. Barker was featured in Comedy Central's animated series Shorties Watchin' Shorties. He appeared on the Australian show Thank God You're Here on 18 October 2006, 19 September 2007 and 17 June 2009.

Barker co-wrote and performed in The Marijuana-Logues, an Off-Broadway show in New York City, with Doug Benson and Tony Camin. The title of the show was a parody of The Vagina Monologues.

Barker appeared in the HBO sitcom Flight of the Conchords, playing Bret and Jemaine's indifferent friend Dave.[7][8] Barker has enjoyed success in Australia for a number of years since first appearing at the Melbourne International Comedy Festival in 2000, and presently resides there.[9]

Arj has gone onto become a very well known and respected comedian world wide and tours his live shows in large theatres which nearly always sell out months in advance, therefore The Punchline Comedy Club in Hong Kong offers a very unique and rare opportunity to see a comedian of this stature in a small and intimate venue! Do not miss this show!

Ellen Briggs is a talented mother of two, with a sharp tongue and a rapidly rising career in the comedy industry!

Ellen regularly performs as a comedian and MC at venues all over Australia, and can often be heard on "ABC North Coast Radio" and Byron Bay’s Community Radio Station, "Bay FM". In fact at the end of 2007, she was shortlisted for the breakfast radio program "The Cage" which is heard on MMM in Brisbane – without even applying!

Ellen’s reliability is what audiences love.  She has an easy-going, friendly nature that belies the dark wit that lurks beneath. It’s been said that "Ellen says out loud the things other mothers only dare to even think”, Ellen takes her audience on an observational and hilarious journey through life as an accidental mother of identical twins and wife of a husband away most of the year! She has made an art-form of sneaking really politically incorrect jokes onto the end of “ ice” yarns. She launches the punch lines stealthily. You won’t see them coming, but you’ll know when they hit. People of Hong Kong, Watch Out!

Gordon Southern is a British comedian with over 20 years experience in the comedy scene. He regularly performs headlining gigs in The UK, across Europe and all over the world, especially in Australia where he spends several months every year. He has performed several solo shows at the Edinburgh Festival Fringe, Adelaide Fringe Festival and Melbourne and New Zealand International Comedy Festivals including: That's a fun fact! (2017), Adelaide Hills Cop II (2016), Long Story Short (2015), Your New Favourite comedian (2014)nominated for best comedy at Perth Fringe and best international act at New Zealand Comedy Festival, The Kerfuffle (2013–14) nominated for best show at Perth Fringe. A Brief History of History (2012/13) nominated for best show at New Zealand Comedy Festival and Edinburgh Fringe Amused Moose Laughter awards) Free Range (2011) Borders (2010), The Unofficial Annual (2009), Stamp Stamp (2007), The Solutions (2006), My Drums Hell (2003) and Gordon Southern (2001). He has also had several television and radio credits including The Cheese Shop, The 11 O’Clock Show, Stand Up Australia Good News Week He has most recently appeared on Up Late on ABC and Stand and Deliver on ABC Australia (recorded 2016)