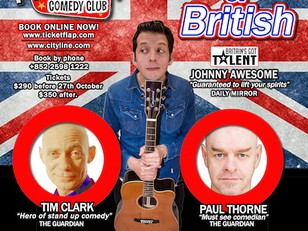 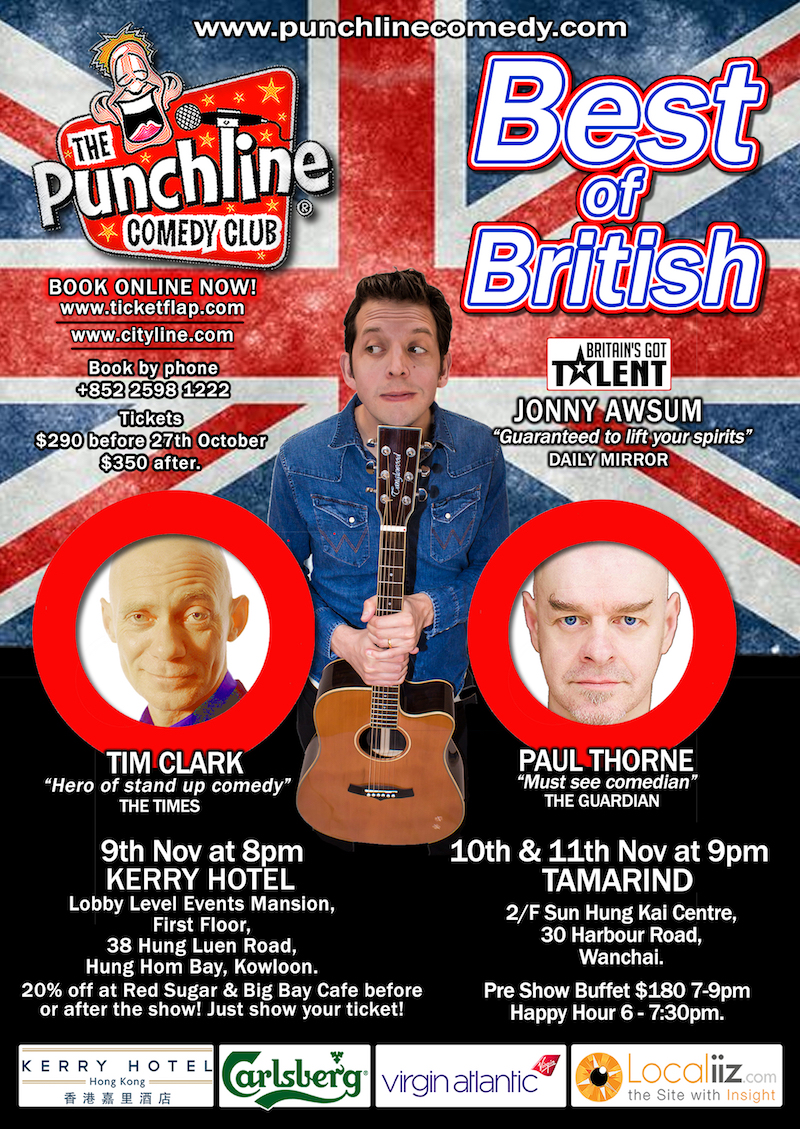 Jonny Awsum exploded onto the comedy scene with a crowd-pleasing set that's seen him perform his special feel-good brand of musical comedy around the world. His most recent Edinburgh Festival Fringe show Everything is Awsum enjoyed audience acclaim and five star reviews.Since then he's appeared on the BBC Radio 2 Arts Show, featured as a guest-presenter on Absolute Radio, performed all over the world notching up 1,000 shows as a much sought-after live performer, recorded his first album (now available on iTunes), and was broadcast to huge acclaim alongside Ant and Dec on the nation's biggest-rating ITV show, Britain's Got Talent.

Jonny has also been in demand for festivals and corporate work, appearing at Henley Festival, Download, Kendall Calling, Berkofest and VetFest at Birmingham's International Convention Centre. Jonny is proud to be the current patron of the Derby Comedy Festival.

Equally dynamic in front of a camera as he is in front of a live audience, Jonny has featured in numerous TV commercials for brands including Cravendale, EDF, The Post Office and VW. His latest ad for Samsungsaw him cast alongside Game of Thrones' Kristian Nairn.

What the press has said about Jonny Awsum:

"Guaranteed to lift your spirits"

As well as performing at all Britain’s major venues and comedy festivals, Paul can be seen on a weekly basis at London’s prestigious Comedy Store, where he has a resident slot as part of the 'Cutting Edge" team which performs topical based comedy there every Tuesday night.

“An unpredictable performer but never a dull one”.........The Guardian

Comedian, writer and actor Tim Clark is one of the brightest lights on the national comedy scene and a familiar face on television. His regular appearances at live venues throughout the country and especially at The Comedy Store and Jongleurs keep his wit sharp and his material fresh. His striking looks, quick wit and affable nature has made sure that Tim makes an instant impact on his many TV and radio appearances.

His extensive sporting knowledge makes him well suited as a regular panelist on BBC Radio 5 Live’s ‘Fighting Talk’ and he is also a writer on the BBC Sports Personality of the Year awards and was co-writer (with Barry Cryer) on the BBC’s ‘Stand-up Show’.  He has also written material for many well known personalities including; Jonathon Ross, Phill Jupitus and Mark Lamarr.

As a comedy performer Tim excels as a stand-up comedian, compere and conference host and continues to work all around the world. Tim was the first western comedian to work in Beijing, China and can still be found working in a variety of diverse situations, from military shows to corporate events.

‘Loved it’ The Sunday People