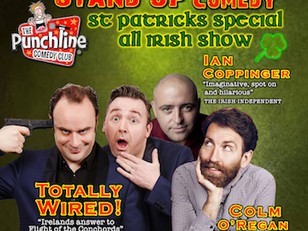 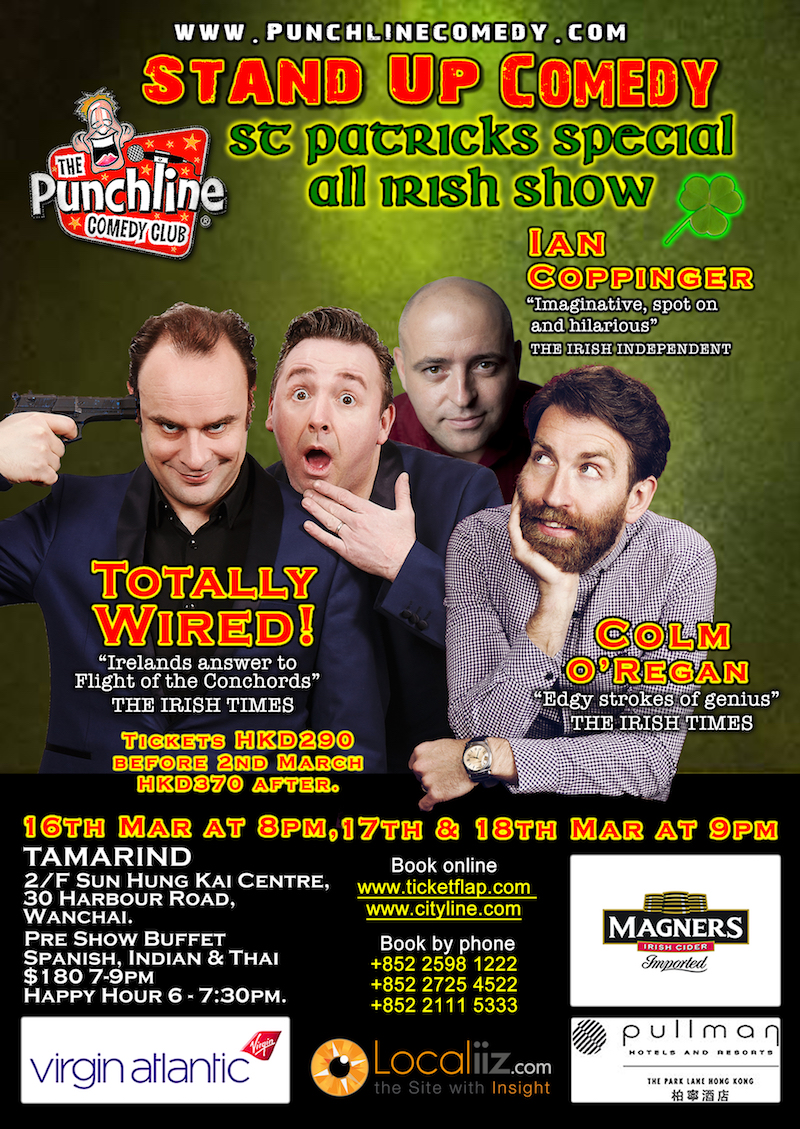 Their high energy interactive style & ability to find the humour & everything & everyone makes each show different and amazing! Totally unique and hilarious!

"comedic find of the Festival! ***** Examier.com

"Ireland answer to Flights of the Conchords" Irish Times

One of Irelands busiest comedians Ian is a regular on the world comedy circuit having played to packed houses at the Edinburgh, Melbourne, Montreal Just For Laughs, Galway, Electric Picnic, Glastonbury, Glasgow, Dublin, Adelaide, Perth and Wellington comedy festivals. Ian is also one of a handful of acts who has been invited back year after year to perform at the Kilkenny Cat Laughs Comedy Festival since 1995 and has performed throughout Europe,  North America, the Middle and Far East. A regular on all the major stages in Ireland and the UK Ian has also appeared as a support act for Ardal O Hanlon on his UK tour and Pat Shortt on his Irish tour, including 7 sell out weeks in Dublins Vicar Street. Ian has also appeared on The Panel Live tour 2008 and in 2007 had 250,000 copies of his cd distributed in the Irish Press.

“His whole set is a masterclass in comic pacing”  Chortle

“The funniest human being to have existed anywhere ever” Hot Press

Colm O’Regan is a critically acclaimed stand-up comedian, columnist and broadcaster. He writes a weekly column for the Irish Examiner and has written for national online and papery publications on both sides of the Irish Sea.  Colm is a columnist with RTE Radio 1’s Drivetime, BBC World Service’s In The Balance and BBC World News’ Talking Business. His radio comedy for RTE Radio 1 - Colm O'Regan Wants a Word is a National Radio Awards Winner.

As a standup comedian, he has performed all over the world from Tokyo to Tallaght, New York to Cape Town and various bits in between as well as two Edinburgh Festivals including a sell out run of "Dislike! A Facebook Guide to Crisis" in 2011. His stand-up has also featured on RTE's The Late Late Show, Saturday Night Show, Ray Darcy show and also on Comedy Central.

Colm set up and runs the @irishmammies Twitter account which, with over 210000 followers was the inspiration behind his previous three bestselling books of Irish Mammies. His latest book is called Bolloxology - good humorous rants about the modern world and has been in the bestsellers since it was published.