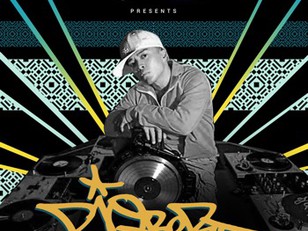 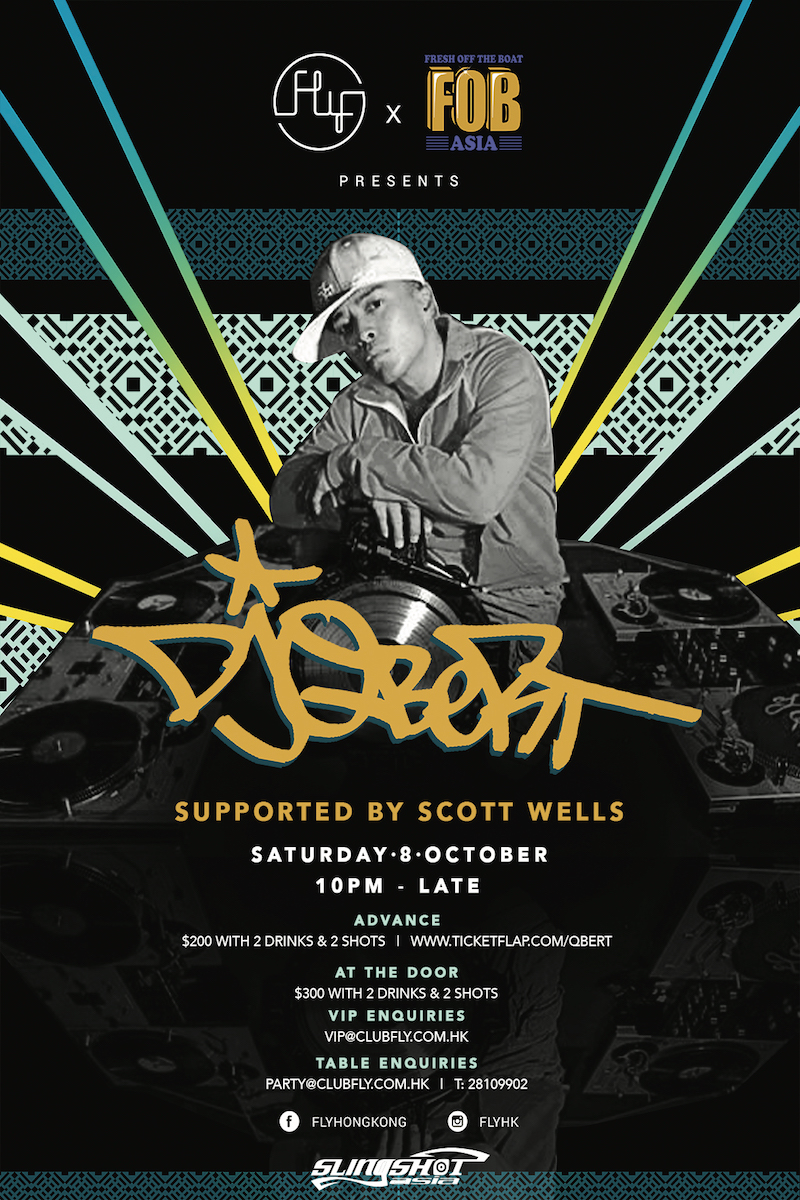 DJ QBert, born Richard Quitevis, is widely regarded as the most highly skilled skratching dj that has walked this planet. His long-standing career of innovating the DJ culture has set off a worldwide generation of DJs who are now regarded as musicians and not just DJs that play records, from A-Trak to Craze to C2C to Z-Trip; they would testify to DJ QBert’s influence in their sound and successful careers.

DMC World Championship appearances since 1991-1994 gave global exposure to DJ QBert’s unbelievable skills and performances. Since then no other has matched his command of the DJ scene on and off the turntables. Hailed as the ambassador of skratching for today and to the future, he has been recognized by his peers as innovating more styles and systems of skratching. He comes from the era of experimental battle DJs who in the mid-90’s gave shape to the infinite sounds of 2 turntables and skratching vinyl. Honorably knighted “Grandmixer” by legendary pioneer GrandMixer DXT. An honor dignified by hip-hop’s most hallowed Knighting tradition; securing his place as one of hip-hop’s living legends.

As a founding member of the Invisibl Skratch Piklz, he has been the focus of two major documentary films Scratch and Hang The DJ, both of which were selected at Cannes and Sundance Film Festival. DJ QBert’s acclaimed first album, Wave Twisters was reverse engineered from sound into visuals also becoming his first feature film, which was also selected into the Sundance Film Festival.

Through his partner Yogafrog and company Thud Rumble, QBert has been able to expand his influence in the culture; designing and releasing innovative DJ products, collaborating with the most successful DJ companies in the industry seeking his stamp of approval, teaching on his online DJ school QBert Skratch University, appearances in various video games including DJ Hero 2 and doing post -production for the animated feature Turbo.

His latest albums, which started as a Kickstarter project, is the most successful hip-hop project to date and Top 20 all-time music project on the popular crowdfunding platform. Partnering with iTunes, Morning Breath Inc. and Novalia UK, DJ QBert will be changing the way music albums are presented. The possibilities are endless as the culture continues to grow far and wide with DJ QBert leading the way.

DJ QBert was officially awarded the title America’s Best DJ in 2010. With a well- documented and successful DJ career, he is considered as one, if not “The Greatest DJ Of All Time”.

“Whatever it was QBert displayed, it was more than just a hard-won modesty. QBert is a world-class musician in a world overwhelmed with the novelty of celebrity and the distraction of success.”
Martin Azevedo, Rolling Stone Magazine

“Qbert had earned a reputation for putting the jockey into “disc jockey,” manipulating records in a rhythmic way that spun a path for talented DJs to finally be seen as musicians. With a scratching style that was more percussive than, say, the average rock drummer..”

Delfin Vigil, San Francisco Chronicle
DJ YODA ON WHY QBERT IS THE GREATEST DJ OF ALL TIME:
“Why is Qbert the best? It comes down to one thing: scratching. Ask anyone involved in rhythmic manipulation of records and they’ll tell you the same thing: no one is coming close or has ever come close to Qbert. My first exposure was through his mixtapes when I was learning to scratch aged about fifteen. He’d put film samples on top of classic B-boy breaks and cartoon samples and scratch up random spoken word stuff. Without that I wouldn’t be doing what I do now. The cool thing is his whole focus has been on developing the art form of turntablism. Qbert’s out there keeping it real and passing on that knowledge and creativity to a younger generation through his online scratch academy, which is really important.”