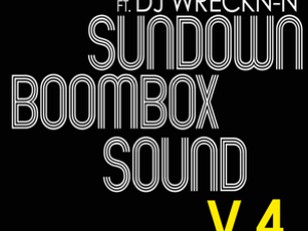 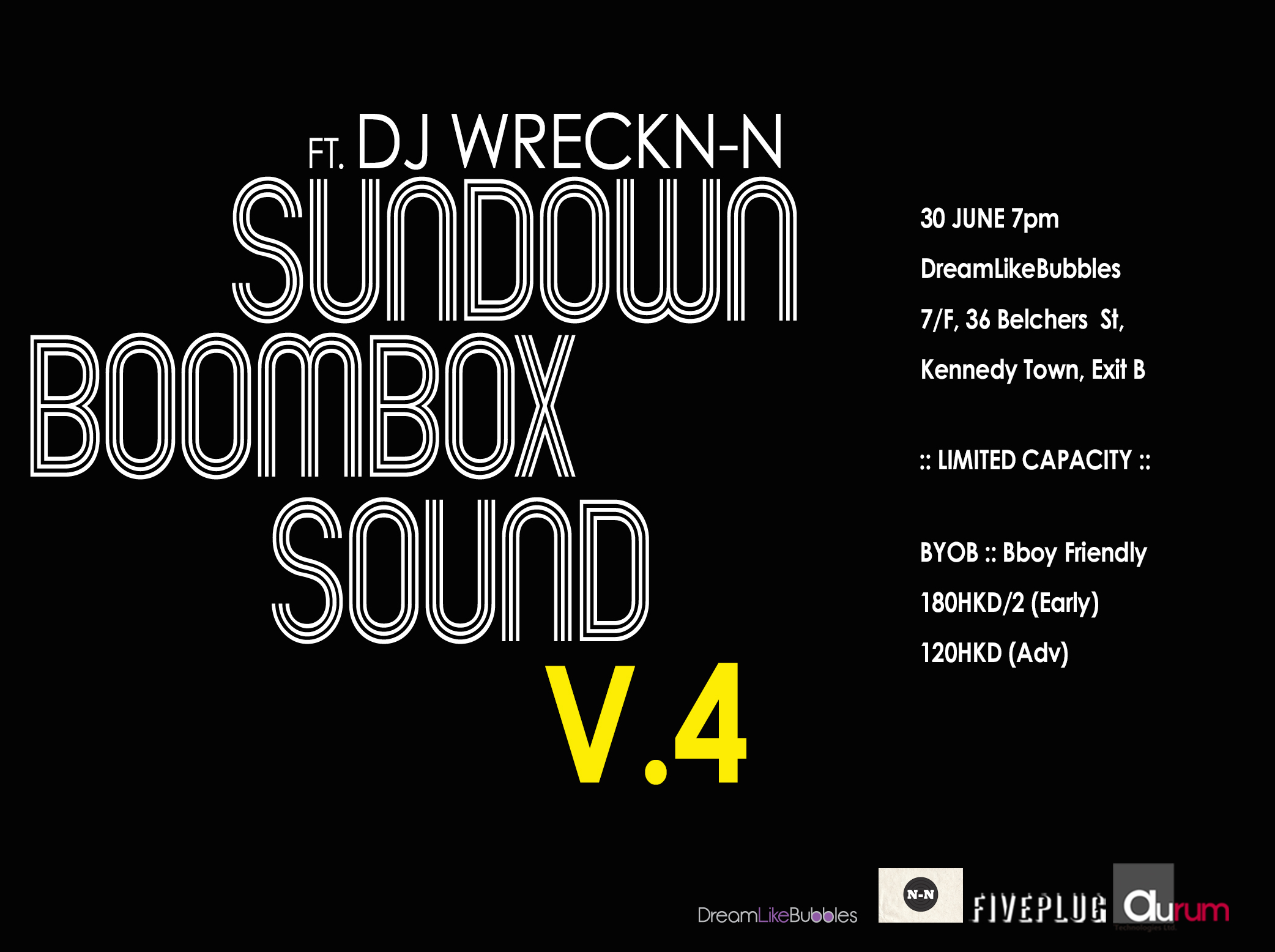 SUMMER BIRTHDAY BASH! We celebrating ALL summer babies with a little something extra!! ;)

On 30 June 2016 during the sunset hours, DJ WreckN-N will take you back to the days when boomboxes were absolutely essential to hearing new tunes and dope beats.

DJ WreckN-N might be a fresh face on the Hong Kong DJ scene, but not only is he not new to the game, he has already earned quite a few stripes. Apprentice to X-Ecutioner's Rob Swift in Queens, NY, WreckN-N is studied in technique, style and selection, proving his skills at the infamous PIANOSin New York. Finding his Hong Kong crew in "The Get Up!" (HK/JP), he has smashed parties from basements to rooftops, including Crates and Canvas with The Moustache Petes, Freshbeatz Fridays in Macau, FIVEPLUGFridays, and displayed his skills at Clockenflap Robot Stage alongside DJ Preservation. He has also been featured on "Dope On Plastic", a New York City based radio show featuring the b-sides of funk, soul, and rock. Now, having further developed his ear and sound, DJ WreckN-N currently runs the Sundown Boombox Sound party series which features his take on funk, breaks, RnB, new jack Swing, and Old School Hip Hop vibes, and guest features some of his favorite DJs.

Opening up for WreckN-N is King GNS (FIVEPLUG/Rhythm Attack) with a sound only the Windy City could produce. Expertly mixing House vibes with a globetrotting growl in his beats, GNS pays homage to his eclectic musical and dance background. Having played some of the dopest venues in Chicago and paying his dues on the global Bboy jam circuit, he's now in Hong Kong where he's played alongside Shan S and is making his rounds as a seasoned deejay with over ten years experience.

Sundown Boombox Sound is presented by FIVEPLUG. FIVEPLUG is a locally based media company that focuses on strategy, management, and production. While presenting itself as a online source for finding Hip Hop culture events and feel good promotions, the creators of FIVEPLUG work very hard behind the scenes to ensure that the work of artists on the underground scene has a more visible platform.