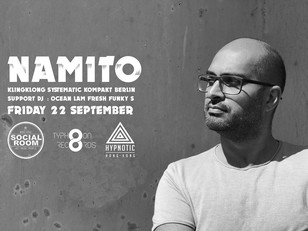 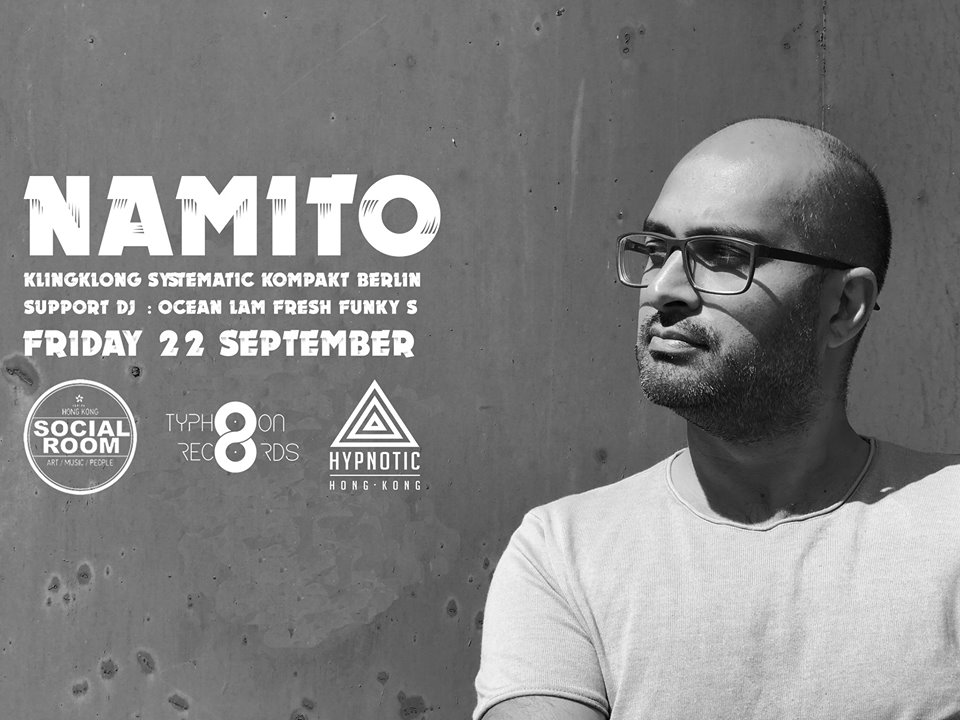 If not most, many of those on the dance floor when he is DJing were probably too young to even pass by a club when he first started spinning, he’s been around long enough to know the dance/electronic/techno music inside-out. Born in Tehran/Iran he not only witnessed an uprising in 1979 that probably would change his life for ever but also witnessed a bloody war that went on for 8 long years.

A one way ticket to West- Berlin was Namito’s mother’s plan to get her son out of a country where bombings and killings were part of the everyday life. It didn’t take Namito long to decide he wanted to be a DJ in 1989 only four years after leaving Iran. Since the early 90’s Namito has been shaking booties on major dance floors in Berlin such as Tresor and E-Werk... in 1996 Namito hit the studios and started producing.

The 2000s were years of being singed to some of the worlds most respected labels in the industry; 2006 Kling Klong, 2008 Great Stuff, 2009 Systematic Recordings and 2013 Kompakt Records. With the studio work and labels came bookings form all over the world Namito has truly played in every corner of this planet, from Mexico to Australia and from Tokyo to Dubai you name it he’s played it! That’s what makes his sound universal!

In 2008 Namito’s ‘City Of Gods’ was a hit on Beatport , his album ‘Eleven’ in 2009 had raving reviews, but not all of this is enough for Namito - He started a new series of work with his long lasting friend and awesome DJ Marc Romboy called ‘Invites’ on Systematic Recordings, each release is a collaboration of three great exciting artists with Namito...

His latest release on Kling Klong “Ride The Flow” has been one of the big underground tunes of 2015 and more releases followed on labels like Einmusika, Parquet Recordings and a very special one on Systematic Recordings with his friend Brams called “Yto” including remixes by Ruede Hagelstein and Gabriel Ananda.

In December 2016 Namito joined Marc Romboy on stage with the Dortmunder Philharmoniker, which is truly a dream come true for any musician out there.
But this is not it; Recently Namito reinvented himself as an artist and began to paint legendary Detroit artists like Carl Craig and Juan Atkins on oil on canvas. And as if that is all not enough, he works on regular basis with the legendary Grandmaster Flash on his new music. Things are just getting more and more exciting when it comes to this guy; Namito!