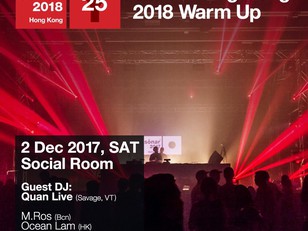 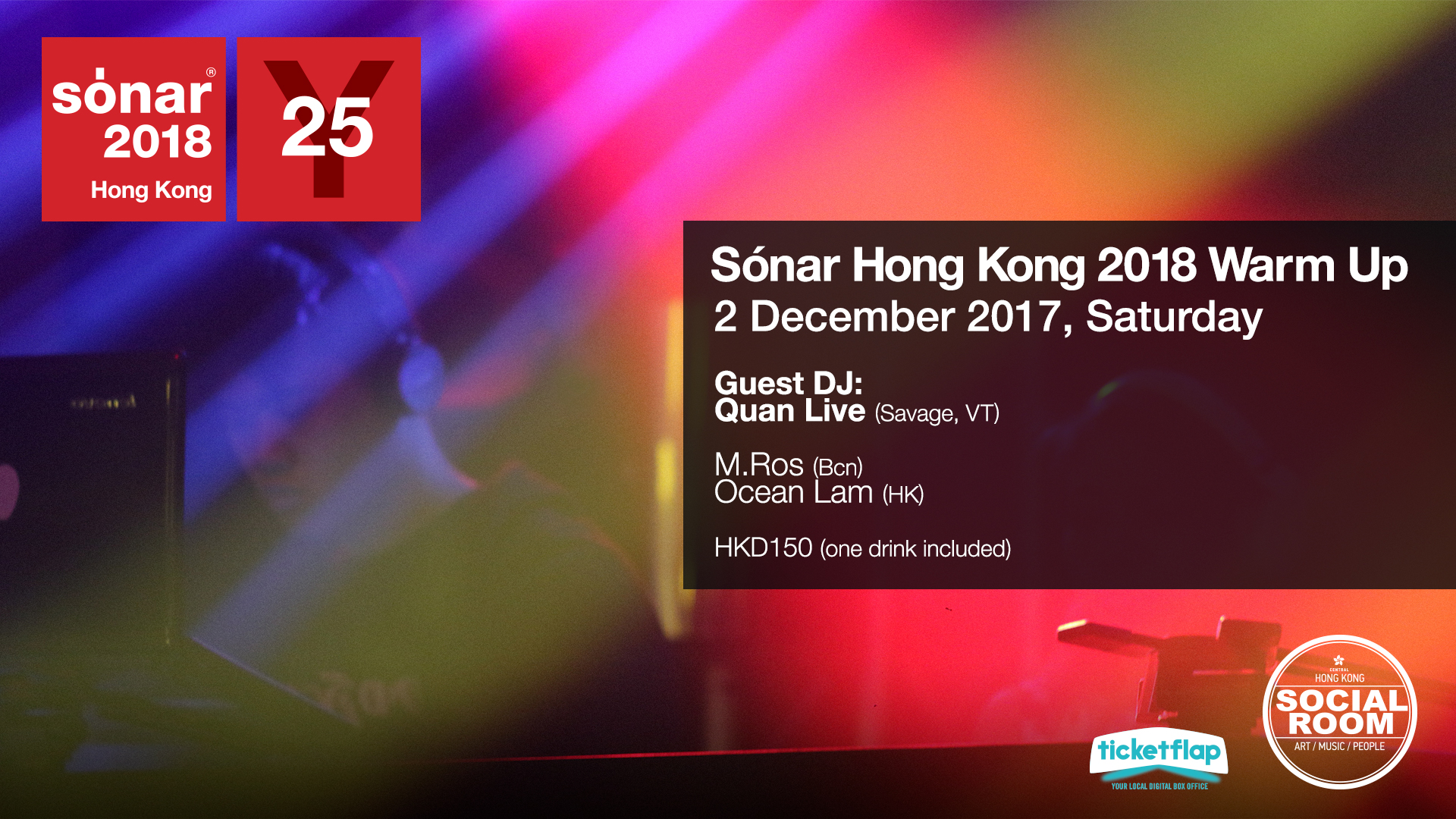 Door: HKD150 with one drink


Get Sónar Hong Kong festival tickets at a discounted price if you attend this warm up event! Limited offer!


Quan is a Hanoi-based DJ and Producer. Specialized in live electronic music performances, his output spans myriad styles, from deep minimal techno, through to uplifting experimental soundscapes. He has a unique ability to manipulate his hardware and software spontaneously, creating an improvised sound world that is original and different every time. In January 2017, Quan was among the few chosen to perform at the first Boiler Room in Vietnam.
Resident Advisor - https://www.residentadvisor.net/dj/quan
Soundcloud - https://soundcloud.com/nguyendominhquan

M.Ros (BCN)
Deeply ininfluenced by US sounds, from Detroit techno to Chicago House, Mik. Ross, original from Barcelona, has been working on his career with artist like Sistema or Dosem. On his period living in China, was one of the resident DJs of Migas Club, who brings a bunch of great artist like Derrick May, Joey Negro, Tiger & Woods, among others...
Soundcloud: https://soundcloud.com/m-ross/11a

Currently holding residencies at Hong Kong's top two underground clubs, oma and Social Room, and also serving as Social Room's Music Director, Ocean Lam has been the go-to choice to support touring artists like Sven Vath, Jimpster, Efdemin, Axel Boman, Luke Hess, Nick Hoppner, Namito and Marko Furstenberg. She has had headlining slots at Hong Kong's seminal arts and music festival, Clockenflap, for five years running, and has played at Wonderfruit in Thailand, Quest festival in Hanoi, Feel and Melt Festival (Germany), Sonar HKand has regular gigs at various top clubs in the region: Beam (Bangkok), Cato and The Council (Singapore), Time (Manila), Elevator (Shanghai), Savage (Hanoi) and The Observatory (Ho Chi Minh City). Ocean has also had a growing number of gigs outside of SE Asia, including notable clubs such as Berlin's Goldengate, Renate and Barcelona's Moog, and in other cities including Stockholm, Amsterdam, and Belgium. Ocean has also made the transition to producing her own music, with five releases on HK label Typhoon 8 Records and one on Boulevard Records London

Aside from her DJing and music production, Ocean has positioned herself as one of the leaders in Hong Kong's growing electronic music scene. She founded two long-running nights at the former Bassment Bar, and in 2014 she started the always-strong Hypnotic parties mainly at Oma and Social Room, named for a podcast/mixset series she has been doing for the last 8 years. Whether on her own with Hypnotic or with her previous collaborations, she has hosted many international artists including Tobias., Heiko Laux, Azimute, Basic Soul Unit, Manuel Fischer, Ryan Elliott, Oskar Offermann, Deetron, Dirt Crew, Dave DK, to name but a few. Her Music Director role at Social Room has put Ocean at the forefront of HK's electronic music scene, working and collaborating regularly with local DJs and crews, as well as exposing the local audience to international underground artists.