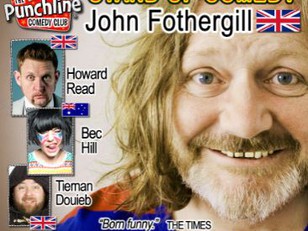 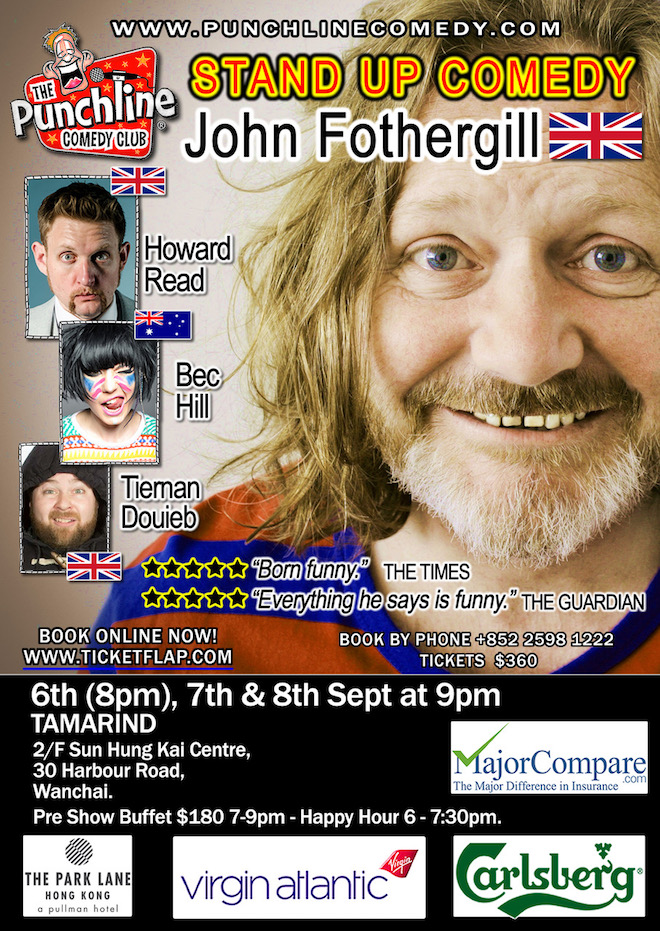 With sell out shows in almost every city in the UK and numerous performances around the world, acclaimed shows in the Far East and Middle East, Cape-town, Johannesburg, Adelaide, Melbourne, New Zealand, Kilkenny’s exclusive comedy festival and the Edinburgh fringe.

Also honoured by his country as one of the first to entertain troops at the front in Afghanistan.

Comedy store regular John Fothergill is not only always a favourite headliner at the most prestigious comedy venues across the globe including The Punchline Comedy Club Hong Kong, but one of the most experienced and hilarious comedians in the business.

Live at the Comedy Store,

★★★★★“Relaxed and happy to banter with the crowd.. the stand out of the night” -THE AGE - Melbourne

Howard has had his own show on CBBC with Little Howard, appeared on The Slammer and in front of the Queen at the Royal Variety Performance. He is also a regular headliner at all the major comedy clubs in the UK!

★★★★★“I defy you not to be helplessly charmed.” The Telegraph

Australian-born and now London-based, Bec has gained a cult following in Australia, the UK and Ireland thanks to her award-winning solo shows, Twitter presence and popular YouTube videos. She has a talent for incorporating arts and crafts into her stand-up routines, creating a unique and unforgettable comedy style that she calls “paper-puppetry”.

Bec can be found as a guest on the 2nd series of "Dara O'Briain's Go 8 Bit", a judge on "Sam & Mark's Big Friday Wind-Up", and the voice of several characters in "Mass Effect: Andromeda". She also appeared in several series of CBBC's “The Dog Ate My Homework”, and starred in the Sundance UK Grand Jury Prize winning short film "Russian Roulette".

She is one half of the award-winning, critically-acclaimed family comedy double-act, Bec & Tom.

★★★★★ “Her exuberance drives the whole show and she remains lovably engaging throughout.”
The Mirror, Edinburgh Fringe 2015

★★★★★ "Brilliantly conceived, this is one of the stand-out shows in this year's comedy programme."
The Sunday Herald, Edinburgh Fringe 2014

Tiernan Douieb has been doing stand up in the UK and intentionally for over a decade, and is known for using his comedy to sift through political nonsense, opinion and truth in the friendliest and funniest manner possible. In the last two years he has been supporting Frankie Boyle on tour; Writing and producing his weekly podcast Partly Political Broadcast, which combines jokes about the news with expert guest interviews and gaining an ever growing audience of several thousand listeners a week; organising a series of shows in aid of Help Refugees with Jen Brister, featuring Sarah Millican, Dara O'Briain, Adam Hills, Shappi Khorsandi and many others at performances across the UK

★★★★★“Very funny and likeable” The Guardian