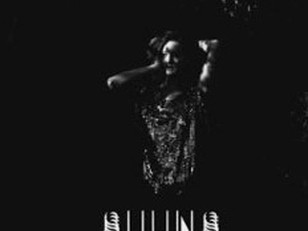 It didn't take long for Montreal's Suuns to resurface with a second full length, Images Du Futur, and, as one would anticipate, this latest exploration takes on even greater visceral depths. At the outset it appears we're still ensconced in the warehouse, whether it's the grinding opening explosives of "Powers of Ten" or the crude, ominous rise-and-fall riffs in "2020." Broken up by Ben Shemie's melodious and angst-ridden murmurs, the industrial low-end throb presides early on, lulling us into thinking the band has picked up right where they left off with their debut LP, Zeroes QC. "Minor Work" builds steadily around a nostalgic, fuzz-infused beat and bares a soothing, contagious harmony. "Mirror Mirror" departs from the frenzied earlier pace, decelerating to a lethargic drawl; the droning, almost tedious undertones are paid off with flurries of synthesized flute that announce the dawn of the dreamscape ahead. We aren't to be disappointed.

At this juncture it's clear that Suuns are a different beast now. They're tighter, slicker, and even more calculating in their approach. It's no surprise after more than a year of touring North America and three trips overseas. "Images Du Futur started as some jams written (during that time), some of which appeared live towards the end of our Zeroes QC tours," says Shemie. In 2012 they returned to the jam space. Set against the backdrop of the student manifestations, they built on their new songs and started writing and rehearsing a bank of new ones in January. "The climate was one of excitement, hope and frustration, and we found ourselves lucky to be in Montreal at the time, and not on the road," adds Shemie. "We were trying to look at our music from further and further away, seeing more details in the picture as we expanded the landscape." The opening lyrics sum up that mood: "Got it together, I read in the paper, all of these strangers, stranger and stranger... No, no, no, no, how you try and remember, how all of these pieces, all fit together."

Suuns took to the studio in May, and again in September, with Breakglass producer Jace Lasek. The end result is a profound sense of poise, not only from their sound, but in their creative vision. They've been praised in the past for their compelling restraint, their ability to morph the sonic mood within a song, and this type of shape-shifting is taken to new dimensions in the slick, opiate-laden swells of "Edie's Dream." It has a fetching swagger, a dream-state motion that unifies the album and offers a soothing interlude to the harder edges sculpted earlier on.

Whether Images Du Futur is fueled by the long hours on the road or the pulse of Montreal's social uprisings, it still boasts the typical Suuns-wrought iron, expanding even further on the deep-house-Detroit textures, electronic plunges and layered guitar squalls. The upbeat drums and chants of "Sunspot" are initially reminiscent of earlier call-to-arms anthems, but then venture into spare repetition and temporary collisions of pedals and fuzz. The album's title track (a name inspired by the technological expositions in Montreal between 1986 and '96) is a shoegaze foray of abstract effects that betrays the band's indelible patience and winds the mood down to a drowsy standstill. It's the perfect lead-in for the subsequent plodding beats that gradually accelerate into a rhythm; the final ditty culminates in another wistful guitar riff, backed by a haunting, derisive laugh track, with Shemie crooning, "Your music won't save you." Or will it?
Contact Host
View hosts events