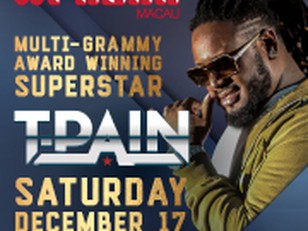 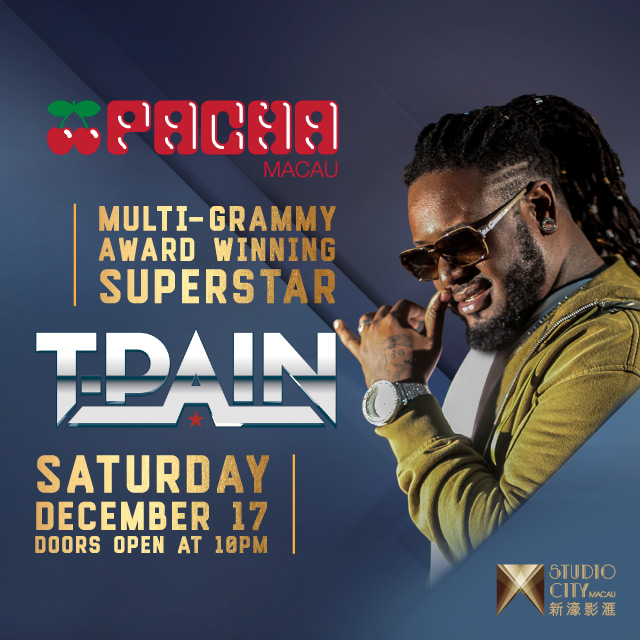 T-Pain has played at festivals, concerts and clubs throughout the corners of the world and will bring his versatile performance style to Macau in a 90-minute live event that will bring fans close to the artist in the intimate setting that is Pacha Macau.

Featuring styles which range from Hip Hop to R&B to Pop, T-Pain has produced over 16 No. 1 singles and has sold over 16 million albums worldwide, including 50 million digital tracks around the globe.

Indisputably, this will be one highly demanded performance held in Macau; get your Early Bird tickets now!

Join us on Saturday, December 17 at Pacha Macau
Doors Open at 10PM