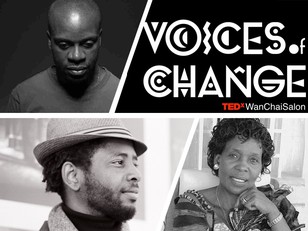 Stories of Identity, Empowerment and Creative Expression from the African Continent 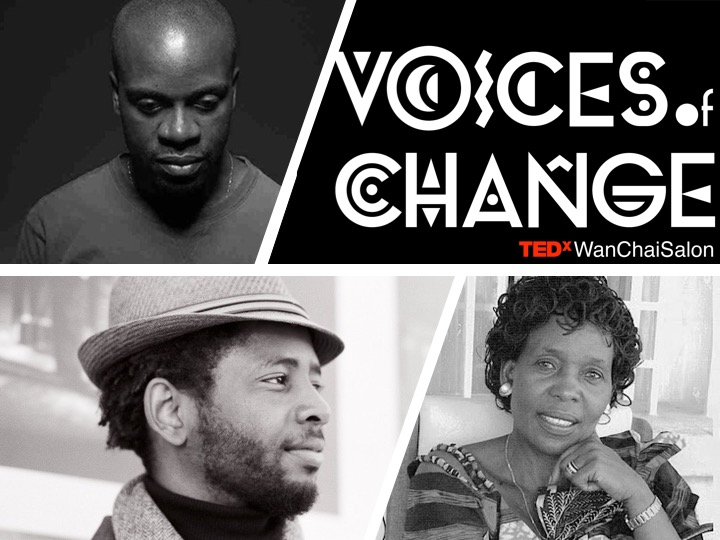 On October 25, we will gather at Eaton House to hear stories of identity, empowerment and creative expression from across the continent of Africa. These talks come from a group of people with unique perspectives expressed through a variety of initiatives, from art expression to activism, design to photography, all of which actively explore the identity and cultures of the African continent and the global African diaspora.

The speakers in this salon are artists, photographers, designers, and visionaries who are remaking the world around them. Theevening will be a mix of live talks complemented by talks from the global TED stage, rounding out an evening filled with fresh insights, creativity and heart. This event will be a smaller, more intimate gathering of like-minded individuals. With limited tickets available, get yours before they are sold out!

Your ticket gives you access to the after-event cocktails session, and includes a drink and canapés.

1) Alun [be], Photographer: His captivating images distinguish themselves through profound expression in high contrast. Born in Dakar, Senegal, his diverse approach has carved a niche suspended between his upbringing in France, the United States, and West Africa. Alun's art form is constantly evolving through personal projects focused on the human condition in public spaces, incited by his studies in San Francisco where he received his M.A. in Architecture.

2) Georgette Biebie Songo, Women’s Empowerment Activist: Affectionately known as Mama Georgette, she has been an advocate for the promotion of human rights, and the rights of women in particular, for over 15 years, and has received a UN Women Honorific Award in 2016 for her actions for women in the Democratic Republic of Congo. She has also helped set up multiple microfinance institutions across the D.R.C to help victims of sexual violence, to make them self-sufficient enough to meet the basic needs of their families.

3) Serge Mouangue, Cross Cultural Designer and TED Fellow: Born in Cameroon, Serge immigrated to France with his family as a child, and then to Australia, where he worked as an industrial designer. While designing cars in Japan, he became inspired to fuse aesthetic elements of Japanese and West African culture into a unique endeavour — part design, part performance – called WAfrica. Serge has been exploring the West African and Japanese aesthetics, creating an unknown value territory: the "3rd aesthetic", through textile, sculpture and conceptual events.