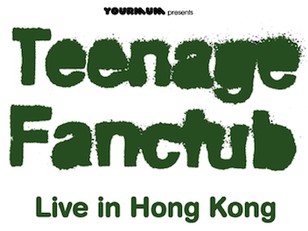 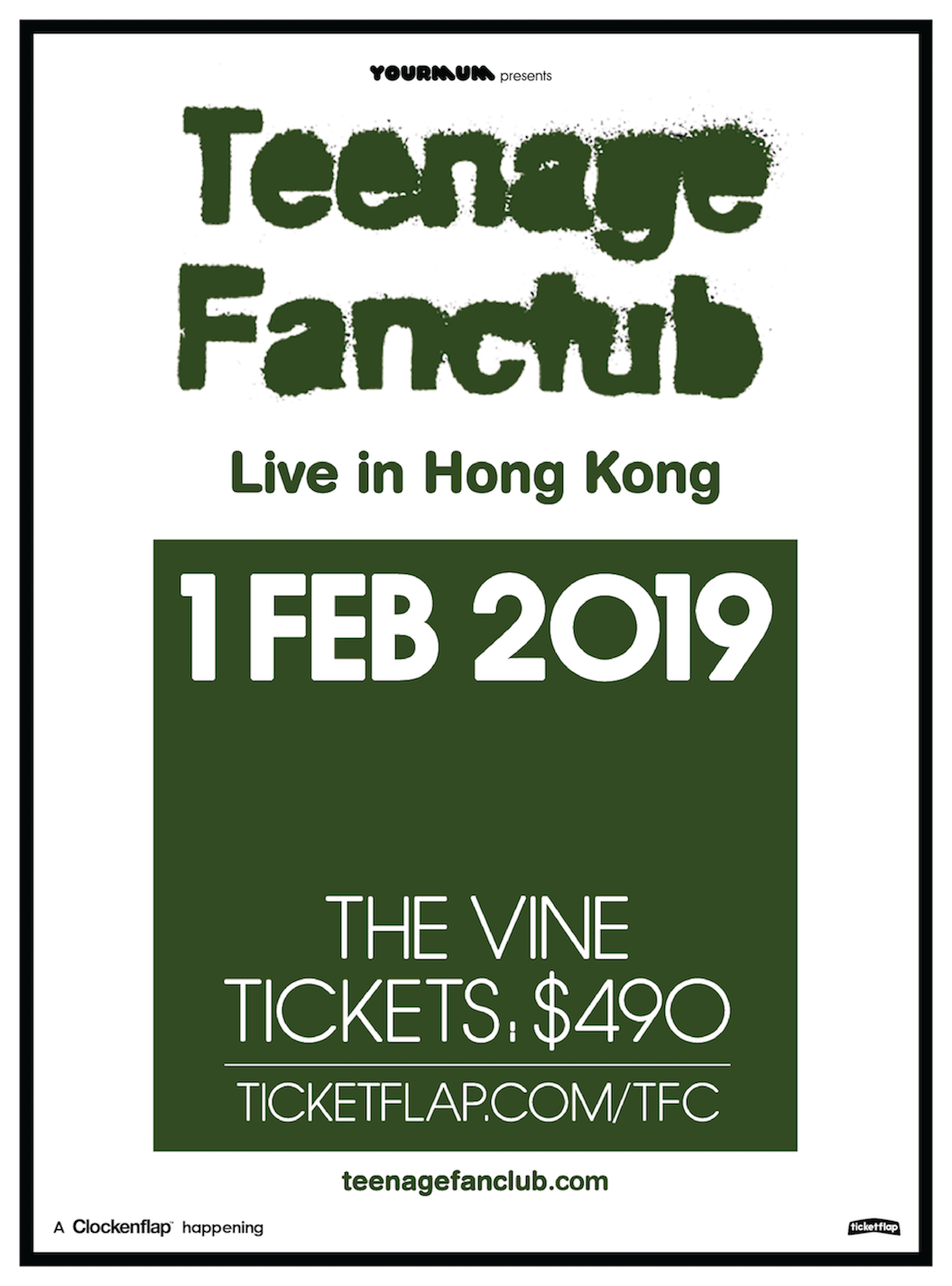 YourMum is exploding with joy to announce that indie legends, Teenage Fanclub, will be making their long overdue live debut in Hong Kong on Feb 1 at The Vine.

From their formation in the late 80’s through their eleven studio LPs and two compilations, Teenage Fanclub have gone from scrappy indie underdogs, through band-most-likely-to, eventually arriving at the status they’ve held ever since: one of Britain’s most beloved cult bands. Not liked, or admired, or respected: beloved.

One of the marquee Creation Records artists of their time, their label mate Liam Gallagher famously called them the “Second best band in the world” (after Oasis of course).  It was their third LP and first on Creation - 1991’s ‘Bandwagonesque’, which shot the group to a truly global audience.  Melding vocal harmonies with walls of guitar, they found their voice combining the songwriting quality of classic 60s and 70s rock and pop with the devil-may-care charm of the C86 Scottish indie scene they sprang from.  Critically acclaimed, ‘Bandwagonesque’ beat Nirvana’s ‘Nevermind’ to be named Spin magazine’s No 1 album of 1991 (also beating out U2, R.E.M. and My Bloody Valentine in the process).

The criminally underrated ‘Thirteen’ followed in 1993, before their two biggest LP’s ‘Grand Prix’ (1995) and ‘Songs From Northern Britain’ (1997) cemented their place in the top alternative echelons with both critical and commercial chart success.  Continuing their recorded output with 2000’s ‘Howdy!’ and through three more albums to their most recent release in 2016 with ‘Here’, the Fannies (as they’re affectionately known) have remained a timeless, cherished and adored favourite amongst fans throughout.

Finally, local Hong Kong fans will have the chance to catch this revered group live, for one night only.  Do not miss this rarest of chances, as it’s not likely to come around again anytime soon!