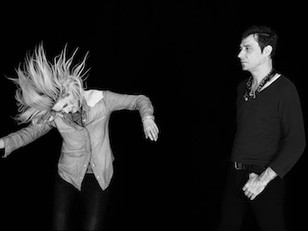 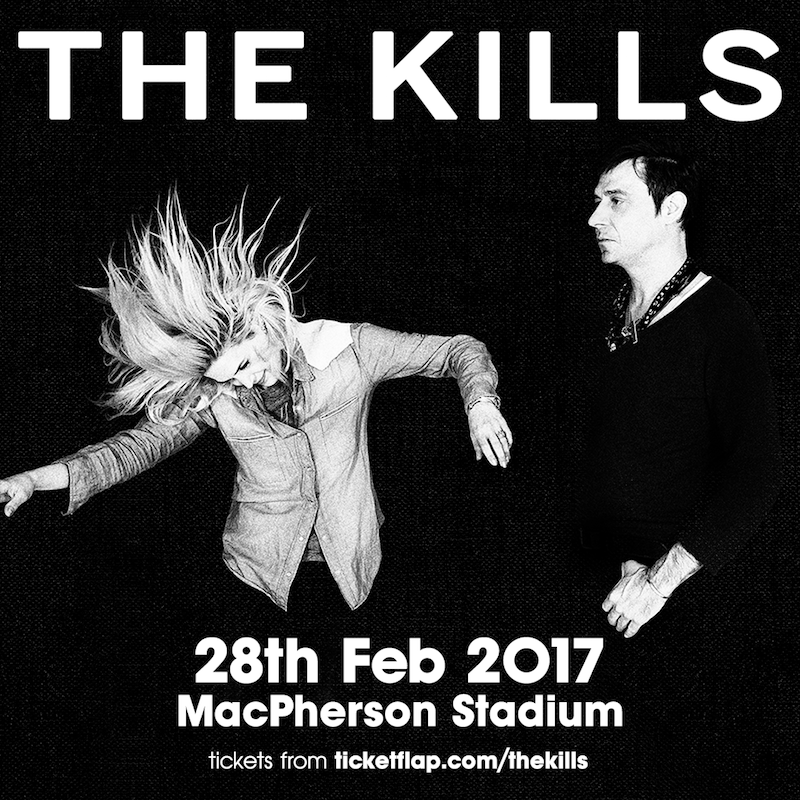 YourMum is thrilled to announce our first show in the Year of the Rooster: THE KILLS, live at Macpherson Stadium on February 28th.

Fusing Alison Mosshart’s stunning primal vocals alongside Jamie Hince’s cooler-than-cool guitar attacks, the band shot to global recognition during the Garage Rock explosion of the early 00’s, and have remained an iconic presence ever since.  It has been a career which has spanned fifteen years and five albums: ‘Keep On Your Mean Side’, ‘No Wow’, ‘Midnight Boom’, ‘Blood Pressures’ and last year’s ‘Ash & Ice’.  Each LP a restless, reckless enigmatic art statement bristling with tension, anxiety, sex, unstudied cool and winking ennui.   Their sound of blues roots with a pop punch providing an uncommon combination of intense credibility and accessibility.  It is the rarest of popularities which has seen the duo adopted both by the mainstream (their music used by all manner of film, tv and advertising synchs from House to 90210 to Fendi ads) as well as equally beloved by the trendy, hipster elite.  Moreover providing inspiration to countless other artists, enamoured with their sound, style and character.

A key member of Jack White’s supergroup The Dead Weather, Alison (AKA “VV”) has further guest featured on numerous other tracks by bands including: Arctic Monkeys, Primal Scream and Placebo.  Always dramatic visually, her bruised and androgynous glamour has seen her also become a darling of the fashion world, both as a cover star across media titles and through various fashion label collaborations.  Jamie Hince (AKA “Hotel”) is similarly no stranger to the entertainment spotlight, having married, then separated from supermodel Kate Moss.  Jamie also sustained a hand injury via a car door accident which not only required multiple surgeries though ultimately meant having to re-learn how he played the guitar.

Live, the band are as strong, vital and relevant as ever.  Their heavy hooks and monster songs sparking with seething attitude, brooding heartache and dark melodies throughout.  Backed by a full band, it’s an inspired and exhilarating live show experience.  With the group playing just Hong Kong and Tokyo dates on their Asian run, do not miss this one night only chance to catch The Kills in all their incendiary rock and roll glory.

Prepare to be slayed.