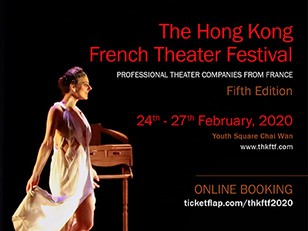 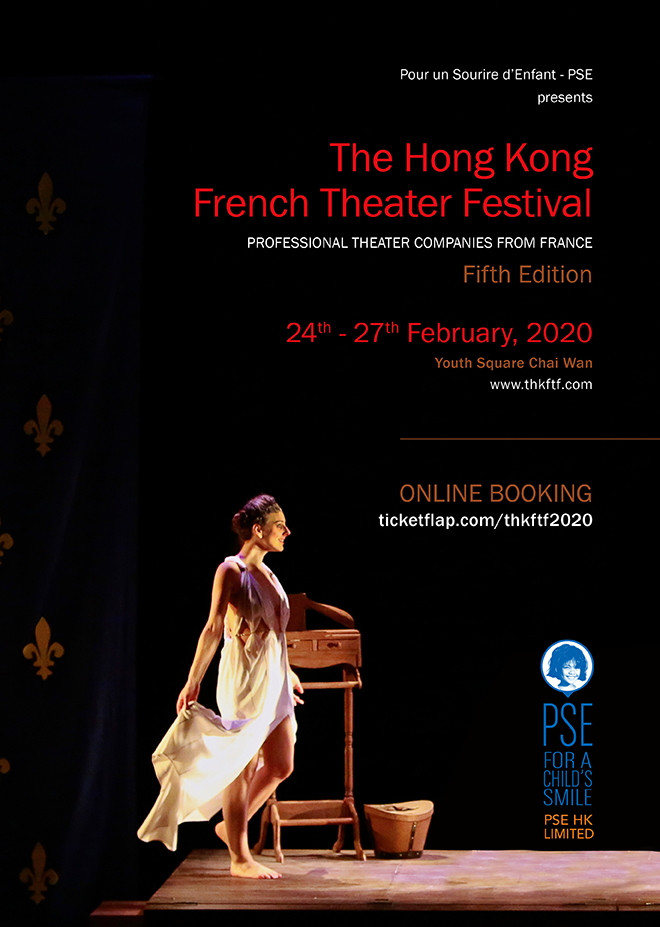 Youth tickets are for individual BELOW 26 years old only.
Early bird tickets till January 19th

Since 2016 the Hong Kong French Theater Festival is a charity, cultural and educational event organised to promote French culture and theater in Hong Kong. The plays performed during the Festival are selected among the most popular shows in France and all actors are professionals.
All plays have English subtitles.
All proceeds go to PSE HK Ltd (Pour un Sourire d'Enfants), a charity providing help to more than 10 000 children in Cambodia.

Dive into an amazing literature drama and a chapter of history ! The play tells the epic of three souls torn between their genius, their ambitions and their loves. This confrontation Sand - Hugo - Balzac is unprecedented on stage.

Ageing comedian Richard is preparing to direct his first theatre class in a prison, assisted by a former-actress Jane and an inexperienced social worker called Alice. When only two inmates turn up, he decides to go ahead with the class nonetheless… and so begins a captivating and darkly comic exploration of life, within the walls.

Full of Michalik’s trademark sharp wit and extraordinary method of storytelling - including a live on-stage DJ - this multi-faceted, provocative play questions our concept of time and its effect on the human spirit.

Discover the incredible destiny of Thérèse du Parc, known as Marquise, actress in Molière’s theatre troupe. You are transported in 1668 in Paris, in the Theatre of The Hotel de Bourgogne. Marquise is about to play Andromaque, a drama by Racine, when the Police Lieutenant General goes into her dressing room to interrogate her, acting on the King. This investigation unveils the extraordinary path of this lower class woman who fascinated the most famous men of her time : Molière, Corneille, Racine, La Fontaine, D’Artagnan and even Louis XIV.

Have you heard about the scandal caused by the last exhibition of the artist Philippe Dussaert in the nineties? The talented writer and comedian Jacques Mougenot shows a lot of humour, relevance and impertinence while telling us about this incident. This very successful play, performed more than 700 times, raises questions and debates about contemporary art.