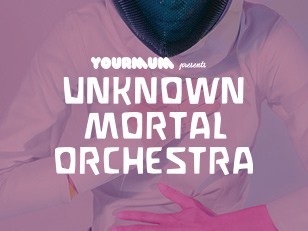 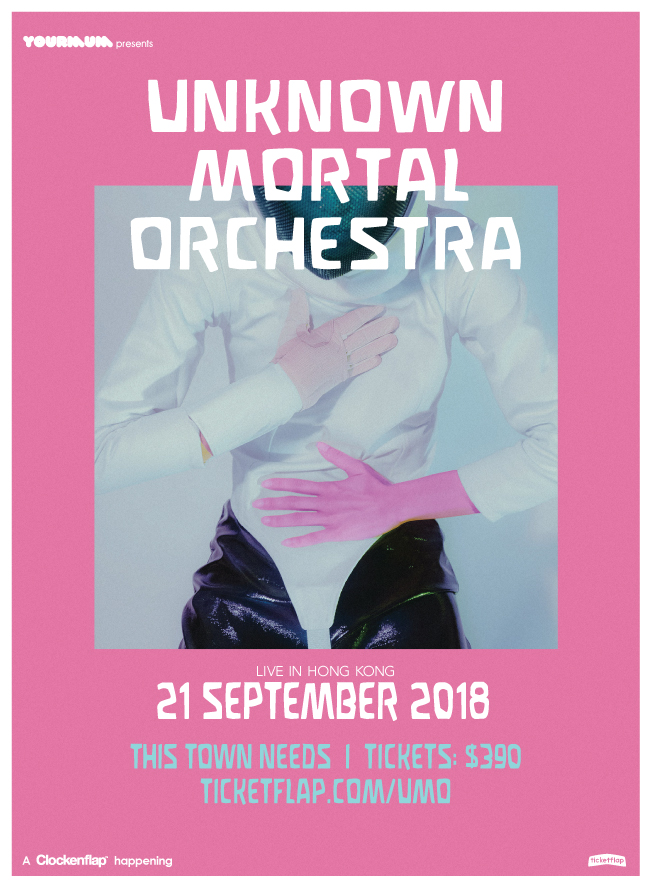 YourMum is delighted to announce that New Zealand’s finest psychedelic rockers - Unknown Mortal Orchestra, will return to Hong Kong to play TTN on September 21.  Following their sell out show at Grappa’s Cellar in 2014, the group have continued to rise in global profile, winning hordes more fans the world over, with what the NME described as “Works of warm, fuzzy beauty”.

Founded in 2010 and built around songwriter, singer and guitarist Ruban Nielson, UMO’s debut self-titled LP in 2011 quickly marked the group out as ones to watch.  Followed up with ‘II’ in 2013 and ‘Multi-Love’ in 2015, their latest album ‘Sex & Food’ came out in April this year as they continue to mark their place in the musical universe with their spaced-out psychedelia with sharp soul touchstones.

For UMO have become experts at crafting timeless pop hooks produced with a soft buzzsaw edge, creating kaleidoscopic wonderlands in sound which manages to appeal both to the hipster indie elite as well as a broader, more urban, hip hop audience.

In the midst of a packed tour schedule in support of the new album, UMO will be playing tracks from across their catalogue when they make their welcome return to HK.

Tickets are on sale now from Ticketflap.  Come along, we think you’ll like it!