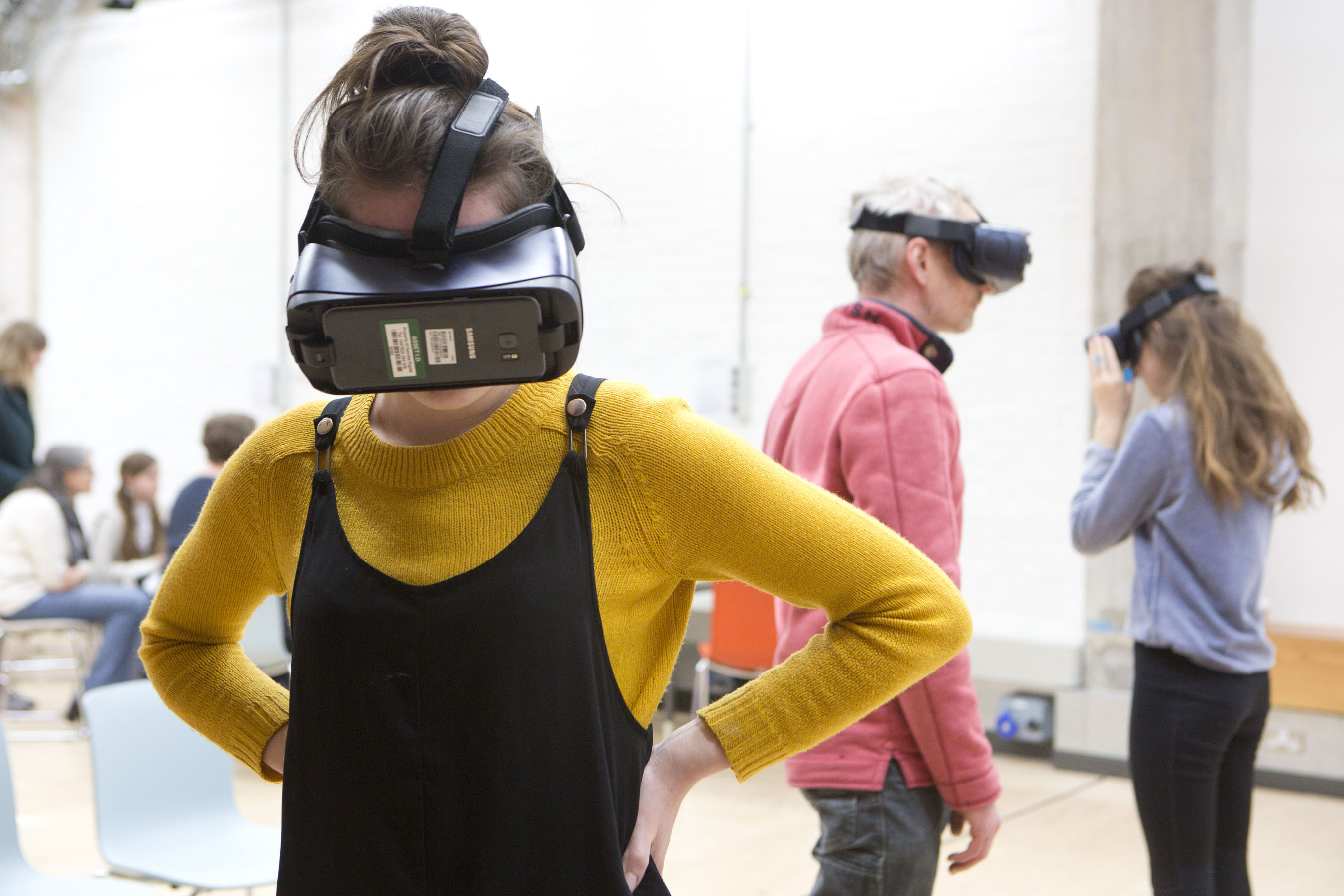 What do you need to work with VR in theatre? How do you get started? Where do I begin with VR? Jack Lowe, artistic director of curious directive has been working with VR since 2013. This intensive workshop will help participants understand the fundamentals of the VR world, conceive, create and edit your first VR film and begin your steps for your own VR project.

Jack Lowe’s biography:
Jack Lowe is CEO/Artistic Director of curious directive, a Norwich-based theatre company exploring life through the lens of science. In 2018, curious directive gained the prestigious status of an Arts Council England National Portfolio Theatre Company, with support until 2022 to create and tour innovative new theatre from Norwich touring nationally. In 2018, curious directive has toured the UK extensively with its theatre/VR hybrid FROGMAN to London for 3 weeks, 8 venues across the South-East as well as a 6-week international tour to China, Australia and Indonesia. FROGMAN was part of Melbourne International Arts Festival, formed a major part of Brisbane International Film Festival and headlined the British Council/Indonesia arts festival in Jakarta.

Jack was a recent recipient of a UEA Enterprise ‘Grow It’ Fund with which he is currently launching a new affordable creative co-working space, The Nave in the centre of Norwich at St Simon and St Jude church. Further theatre includes Your Last Breath (Fringe First Winner/UK/International Tour) Pioneer (Fringe First Winner/UK tour) and The Kindness of Strangers (UK tour). As stewards of theatre innovation, we were the first theatre company to use the ‘Periscope’ app for live streaming (2014), the first ‘Resident Theatre Company’ at a UK Science Festival (Cambridge, 2015) and have created VR cuing software for live theatre (2017). Critically acclaimed, with 15 prestigious arts-science nominations and awards, we’ve been published six times with Bloomsbury/Methuen. We regularly partner with Sheffield Theatres, Theatre Royal Plymouth and Shoreditch Town Hall with previous and commissions from LIFT and NNF. We regularly work with world-leading science institutes (Wellcome Trust and CRUK).