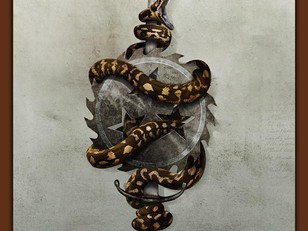 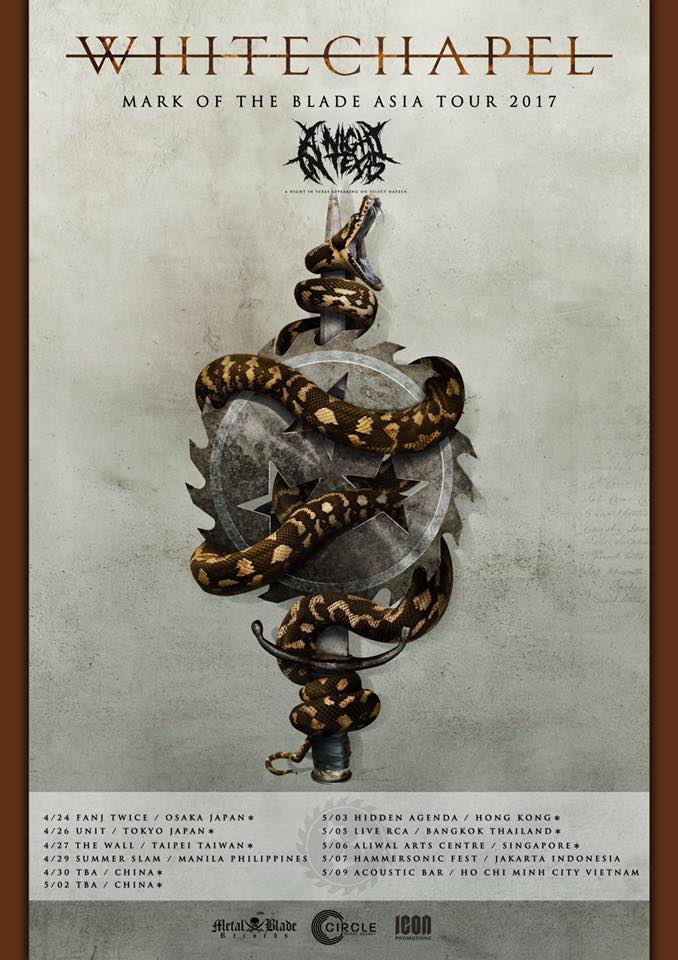 /// INFO
Whitechapel(UK)
Whitechapel is an American deathcore band from Knoxville, Tennessee. The band is named after the Whitechapel district in East London, England, referencing the series of murders committed by Jack the Ripper. The group comprises vocalist Phil Bozeman, guitarists Ben Savage, Alex Wade, and Zach Householder, bassist Gabe Crisp, and drummer Ben Harclerode. Founded in 2006 by Bozeman and Savage, the band has released six studio albums, eleven music videos and are currently signed to Metal Blade Records. Whitechapel's 2010 album A New Era of Corruption, sold around 10,600 copies in the United States in its first week of release and debuted at position No. 43 on the Billboard 200 chart. The band's self-titled fourth album was released on June 19, 2012 and debuted at No. 47 on the Billboard 200, selling roughly 9,200 copies in its first week.

A Night In Texas(AU)
A Night In Texas are a 5 piece deathcore band hailing from the scourging heat of Far North Queenslands Cairns, now based in Brisbane, QLD.
Riffs, blast beats and breakdowns.