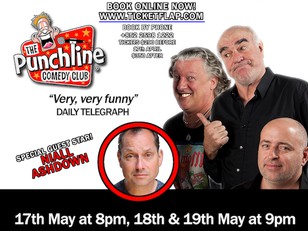 Punchline Comedy Presents - Whose Line Is It Anyway? - May 19th 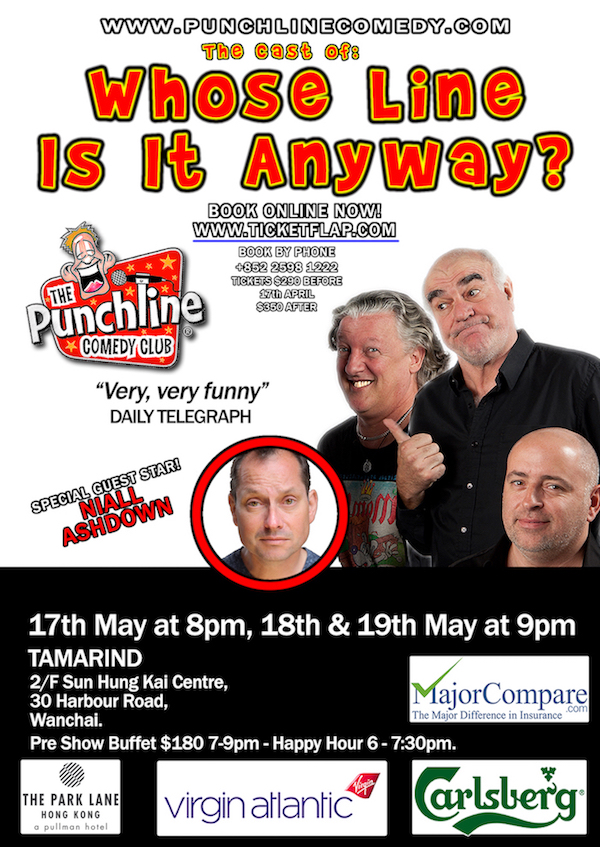 Niall Ashdown Improvises comedy onstage with the Comedy Store Players, Paul Merton’s Impro Chums, Impropera and with Ross Noble. He’s done quite a bit of acting, too - Little Match Girl and Other Happier Tales at Shakespeare’s Globe, Kneehigh’s Tristan and Yseult in the UK and the USA, The Secret Keeper, Annie Get Your Gun and Public Enemy at the Young Vic, Lifegame, The Patriotic Traitor, Never Try This At Home and Accidental Death of an Anarchist. ‘Whose Line Is It Anyway?, Dark Angel, Outnumbered, Chambers and Parents. He writes stuff too: Hungarian Birdsong and Tunnel Vision for BBC Radio 4; two series of Losers for BBC Radio 4; three series of Confessions for BBC1; a weekly Robbo column BBC Sport Online website; Barking for Channel 4. Oh, and poetry and prose for BBC Radio 3’s The Verb and Nightwaves. And songs, too, often when uncalled for.