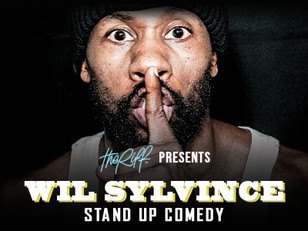 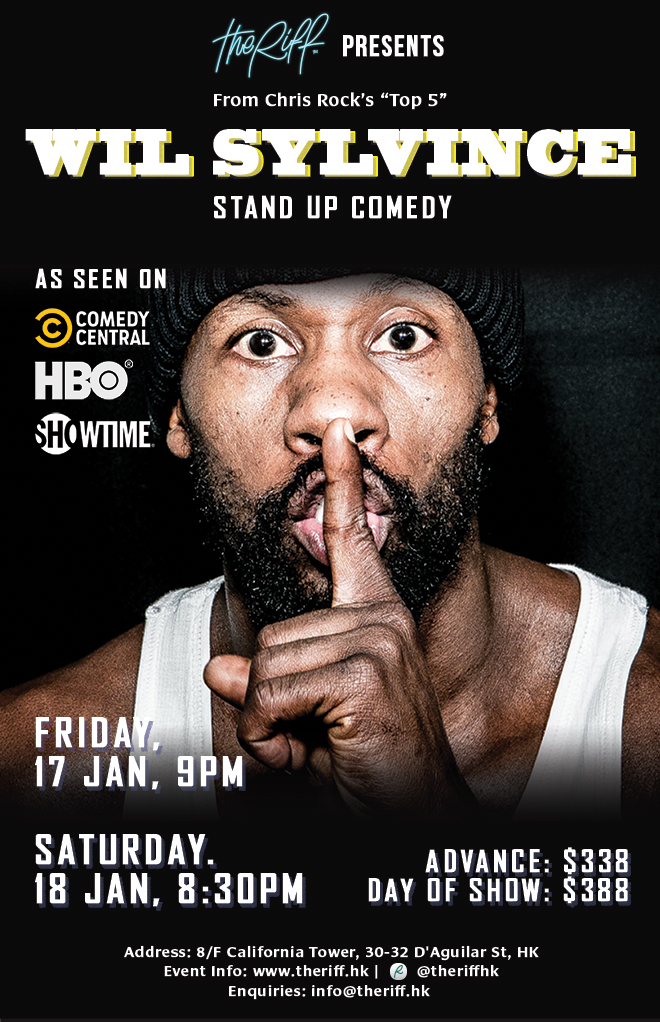 The Riff Comedy Club is opening its doors, right in the heart of LKF. The Riff is Asia’s premier standup comedy club. It is Hong Kong’s only full-time comedy venue, and the first on the continent from Live Nation, the entertainment house behind the legendary Punchline Comedy Clubs in the US, home to giants including Dave Chappelle.

Live Nation brought standup greats to the city like Jim Jefferies, Jim Gaffigan and Russell Peters, and The Riff is ground zero for relentless world-class comedy.

For their opening weekend, The Riff is flying in comedian Wil Sylvince all the way from NYC. Wil is one of the most explosive comedians performing around the world today. His comedic performances on COMEDY CENTRAL, HBO’S DEF COMEDY JAM and SHOWTIME, all garnered standing ovations, a feat rarely seen accomplished by many performers. His unique perspective on political and social issues, with a twist of his West Indian Haitian culture, makes Sylvince a comedian in high demand. He has been hand-picked by comedian heavyweights Dave Chappelle, Damon Wayans, D.L. Hughley, Wayans Brothers, Katt Williams and Gabriel Iglesias to tour the US.