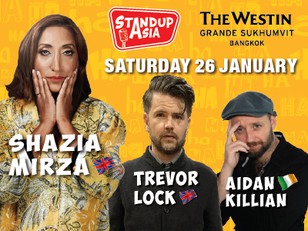 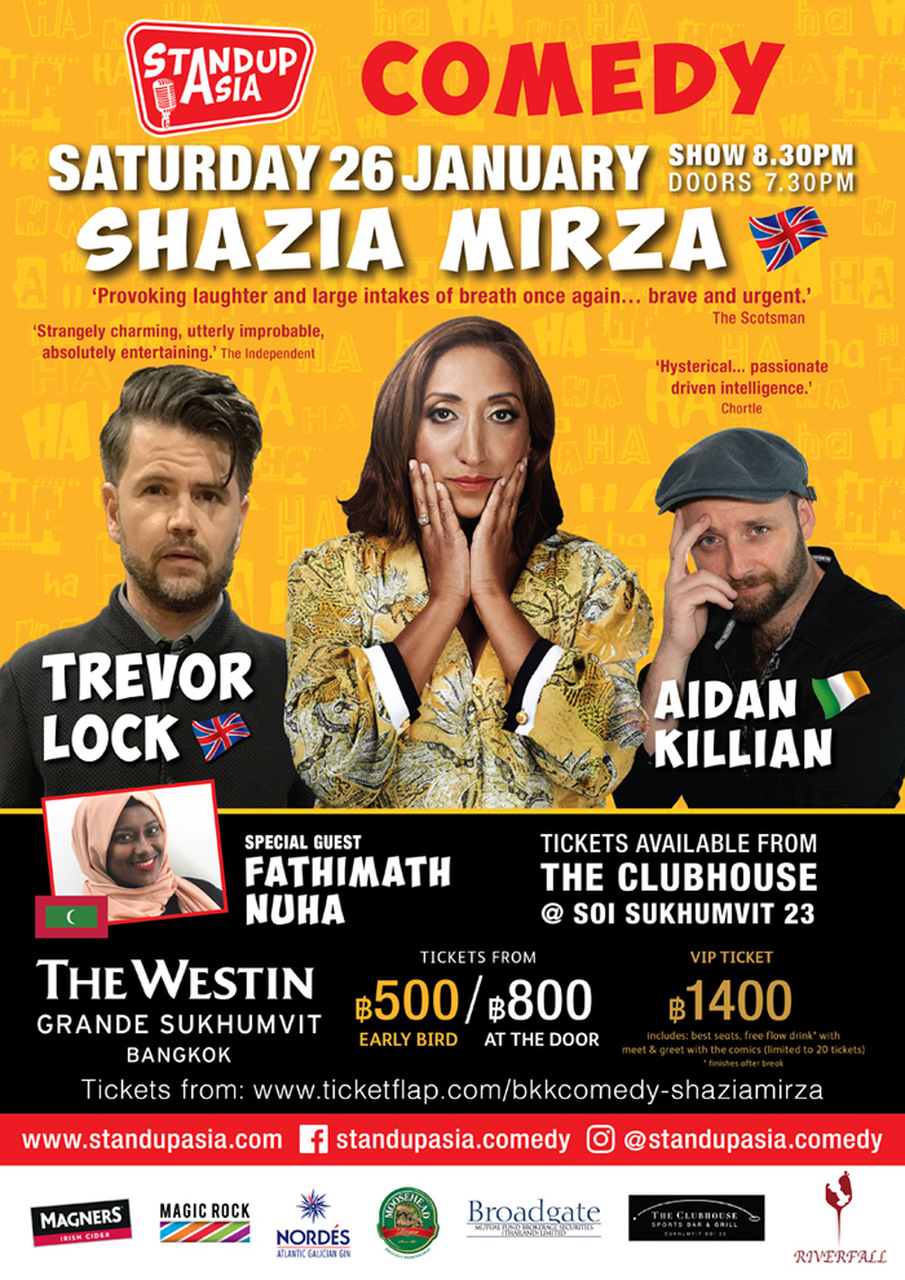 ‘Shazia Mirza is provoking laughter and large intakes of breath once again… brave and urgent.’

‘Vital, deftly handled, rammed with provocation… As brave a piece of comedy as you’ll see.’

SHAZIA MIRZA, award-winning comedian, writer, and popular television and radio personality of Pakistani heritage, never fails in ‘provoking laughter and large intakes of breath’ (Telegraph).  Effective at getting under your skin, MIRZA ‘strikes a blow’ (Metro) with her brave and on-point comedy.  Listed by The Observer as one of the 50 funniest acts in British comedy, her critically acclaimed show, The Kardashians Made Me Do It, played for 103 nights internationally across the UK, USA, Sweden, Ireland, and France, completing four sellout runs at London’s Soho Theatre.  MIRZA has ‘stepped up a gear’ in her most recent international tour, With Love From St. Tropez, launching it at the Edinburgh Fringe and being described as ‘the bravest thing you’ll see on a comedy stage this year’ (Sunday Times).  Buy your ticket now and strap in for a powerful show with one of the most powerful women in comedy.

TREVOR LOCK, star of award-winning, BAFTA-nominated Star Stories, maneuvers true stories, one-liners, flights of fancy, and plausible theories into his stream of consciousness freestyle stand-up that could ‘probably win an award for the most laughs in a minute’ (Spoonfed).  Described as ‘funny, moving and clever’ by The Scotsman and ‘hilarious’ by Time Out, LOCK has continued to deliver mesmerizing performances year-after-year at the Edinburgh Fringe and beyond, including Trevor Lock’s Community Circle, a two hour “social experiment” that received 5-star reviews and described as ‘the most fun you can have without taking your clothes off’ (The Daily Mirror).  Don’t miss ‘an absolute masterclass in comedy performance’ (The Scotsman), who may also give you some insight on the meaning of life.

AIDAN KILLIAN, one of the most daring, original, and thought-provoking comedians that Ireland has ever produced, has now performed his unique comedy style for seven Edinburgh Fringes, becoming known for his ‘master class in satire’ (Bunbury Magazine).  Seen as a ‘highlight’ at Glastonbury Festival 2016, KILLIAN went on to be nominated for Best Comedian at the World Fringe in 2017.  He carried on bringing laughter to audiences across the globe during his two-year world comedy tour, being described as ‘deliciously subversive’ (The Advertiser).  You don’t want to miss who critics call, ‘Hysterical… passionate, driven intelligence’ (Chortle).  KILLIAN promises to deliver so much more than laugher that you’ll be sure to leave wanting more.

FATHIMATH NUHA is a hilarious hijabi dedicated to spreading the thrill of halal humour.  Based in Kuala Lumpur for the past seven years, ‘NUHA’ is the first Maldivian stand-up comic that dominates in both female and hijabi departments.  Sarcastic, silly, and only a little giddy, NUHA can be found wherever there is a mic and a stage.  Don’t miss your chance to see this fresh comedic arrival take our stage in Bangkok.

Do not miss SHAZIA MIRZA (UK) and TREVOR LOCK (UK) with host AIDAN KILLIAN (IRL) and special guest FATHIMATH NUHA (MALDIVES).  Early bird tickets are on sale now for 500 THB, 800 THB at the door, or 1400 THB for VIP tickets, which includes free-flow drinks before the show and during the break, meet & greet with the comedians, and the best seats in the house.  Tickets are available for purchase at The Clubhouse Sports Bar & Grill on Soi Sukhumvit 23 or online at TicketFlap: www.ticketflap.com/bkkcomedy-shaziamirza