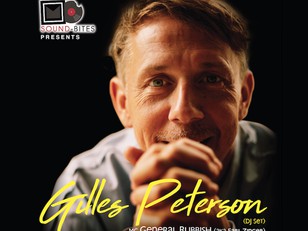 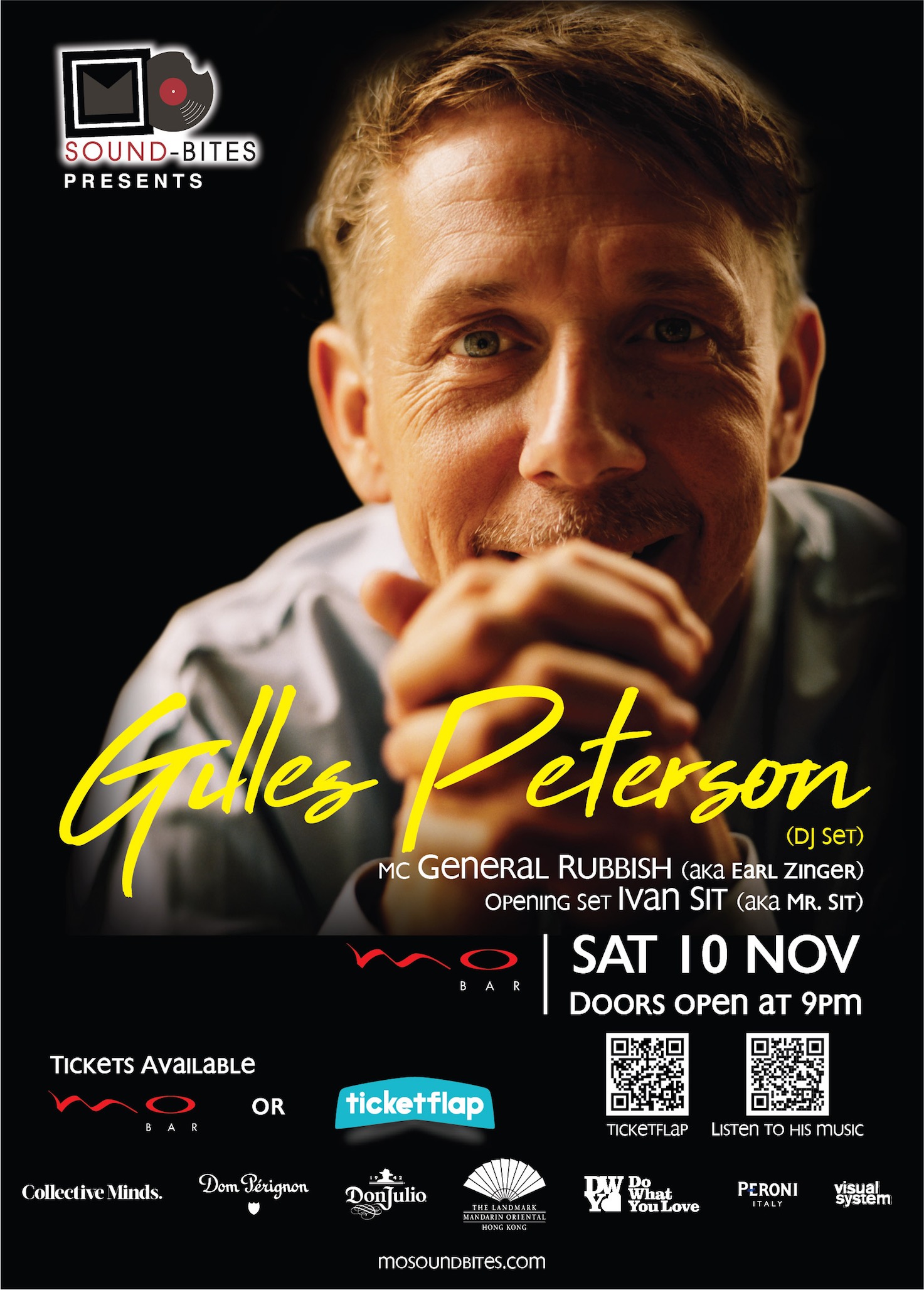 Every year he puts on two superlative events – the Worldwide Awards in London, showcasing the year’s best music and the Worldwide Festival, which has expanded to two editions – one in the South of France in July and the other in Switzerland in March.

Peterson also presents a globally broadcast syndicated weekly radio show, and recently set up his own online digital radio station, Worldwide FM, broadcasting from its London HQ as
well as studios around the world.

He has a long history of running record labels, from Acid Jazz in the late eighties, Talkin Loud in the nineties through to his current venture, Brownswood Recordings. As a curator, Peterson holds the record for compilation releases, having put together over 100 compilations as well as solo projects such as the recent Worldwide FM radio channel for computer game GTA.

Peterson has been involved in a number of exciting music projects around the world, including the Havana Cultura series of albums and 2014’s Sonzeira album, where he worked with Brazil’s finest musicians to record the album ‘Brasil Bam Bam Bam’. Recent projects include a Sun Ra compilation album and the latest in the Havana Cultura series, a documentary film, ‘La Clave’, with an associated album on Cuban rumba.

Doors open at 9pm.
Early bird tickets on sale now at Ticketflap at HK$200 per person for the first 50 tickets and thereafter at HK$250 for the following 100 tickets sold.
Tickets at the door are priced at HK$350 per person.
Tables for a maximum of 8 are available on limited basis (max 4 tables) at HK$4,000 per table, including 1 Magnum of Champagne.
Listen at www.mosoundbites.com.
For enquiries please contact MO Bar at +852 2132 0077 or lmhkg-mobar@mohg.com

About Us and Our Partners
Jason Swamy
Jason has over 18 years of entrepreneurial experience in the electronic music space as DJ, promoter, talent buyer, booking agent, club owner, curator, festival producer and creative director. As founder of the marketing agency Do What You Love, he influences both the American and Asian electronic music worlds and is best known for his role as Co-Founder and Creative Director of Further Future, a technology lifestyle- driven festival, and Wonderfruit, Asia’s first family-friendly sustainable lifestyle festival. Jason has brought the Ultra Music
Festival to Macau/Hong Kong and Manila.

Dom Pérignon
Dom Pérignon’s commitment to vintages is absolute. Each bottle of Dom Pérignon is a true act of creation, made from only the finest grapes. The champagne’s intensity, so inviting, so mysterious, is based on precision. Each vintage has three Plénitudes, which embody a complete faith in the power of creation of Chef de Cave, Richard Geoffroy. With its bold sense of playfulness, Dom Pérignon inspires the greatest creators in the world.

The story of Peroni Nastro Azzurro begins in 1846, when Francesco Peroni established the Birra Peroni brewery in Vigevano, Italy. During the 60s, when Italy was setting the definition of style around the world with its Dolce Vita way of life, Peroni became representative of classic Italian style and culture. This premium beer has 5.1% alcohol by volume and is expertly brewed with only the finest quality two-row spring barley, maize, malts and hops following a meticulous production process. This gives Peroni its distinctive taste — refreshing and dry,
with a clear-cut, clean character and clarity, achieved through its exclusive brewing process.

About The Landmark Mandarin Oriental, Hong Kong
Intimate, contemporary and ideally placed in the vortex of Hong Kong’s financial and luxury shopping district, The Landmark Mandarin Oriental, Hong Kong sets the benchmark for personal service and stylish sophistication. State-of-the-art technology complements alluring interiors in the 111 spacious rooms and suites, refurbished in 2017, each one a tranquil retreat for business and leisure travellers. Chef Richard Ekkebus directs the kitchen in two Michelin-starred Amber and world-famous musicians play in the exclusive MO Bar, equally
popular for its indulgent weekend brunch. PDT Hong Kong opened in 2018 and is the first international outpost of one of the world’s best bars, PDT NYC, offering elegant cocktails and juicy hotdogs. Escape Hong Kong’s urban bustle at The Oriental Spa for rejuvenating Yoga and Pilates, plus the pure pleasure of stellar facials, brilliant body treatments and awardwinning Signature Treatments. For more information and reservations visit www.mandarinoriental.com/landmark.

Photography of Mandarin Oriental is available to download in the Photo Library of our Media section, at www.mandarinoriental.com. Further information is also available on our Social Media channels.