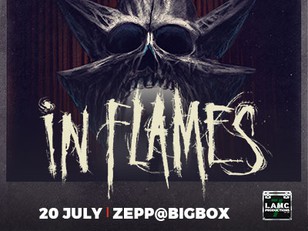 In Flames - Live in Singapore 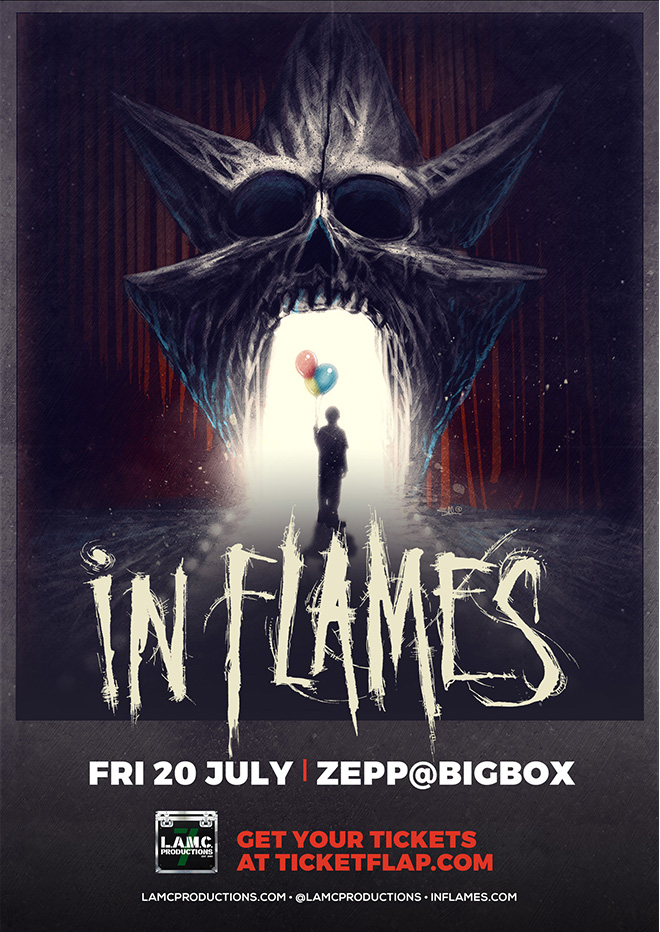 LAMC Productions is excited to announce that Swedish Melodic death metal pioneers, IN FLAMES,will perform in Singapore for the FIRST time on Friday, 20 July, 2018 at Zepp @ Big Box!

Formed in Gothenburg, Sweden in 1990, In Flames is world-renown as one of the

forefathers of Melodic Death Metal. With 12 studio albums released, countless successful tours around the globe, the creation of their own annual festival, millions of records sold and a massive fanbase worldwide, In Flames has proven to be an unstoppable force in heavy music.

From the first opus in 1994 entitled “Lunar Strain” to the most previous release ”Battles” (2016), In Flames has risen to great heights in music history. The melodies, the harmonies and the lyrics that characterize In Flames’ signature sound have evolved throughout the years proving that In Flames is so much more than their former self.

In Flames is a band that fans around the world can rely on, inspiring their fans, the

Jesterheads, to live by the phrase, ”In Flames We Trust”.