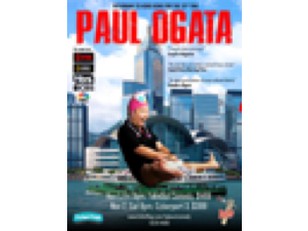 TakeOut Comedy's MOST Popular Comedian is Back! 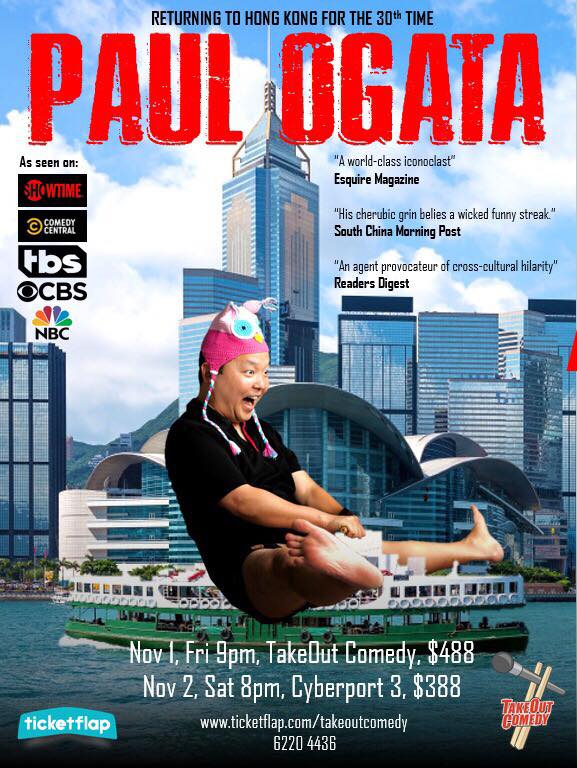 HK's Favorite International Comedian is back for the 30th time!

If you have Never seen Paul Live, you need to come! If you have seen Paul before, you Know you want to come back!

Paul Ogata’s show is an edgy, often-improvised, always-hilarious, wild ride through the corners of his mind. His quick, animated delivery of clever material led him to victory in the prestigious 32nd Annual San Francisco International Comedy Competition. Paul headlines shows around the world!

On television, Paul’s half-hour recently debuted on Comedy Central Asia. In America, you can see Paul on the Showtime presentation of “Pacific Rim Comedy.” Paul has also been featured on Comedy Central’s “Live at Gotham”, the syndicated “Comics Unleashed with Byron Allen” and co-stars in the underground hit motion picture, “Porndogs” with adult-movie legends Ron Jeremy, Tera Patrick and the late Marilyn Chambers. He has also appeared in Damon Wayans’ film “Behind the Smile”, on CBS’ “The Late Late Show” as well as on TBS, NBC and PBS.

Paul’s first live CD, “Paul Ogata Stands Up, Live in Hong Kong”, is available now on the brand new comedy label New Wave Dynamics, and can be downloaded at Apple’s iTunes Store and other online retailers.