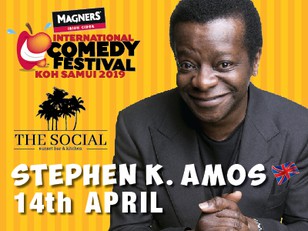 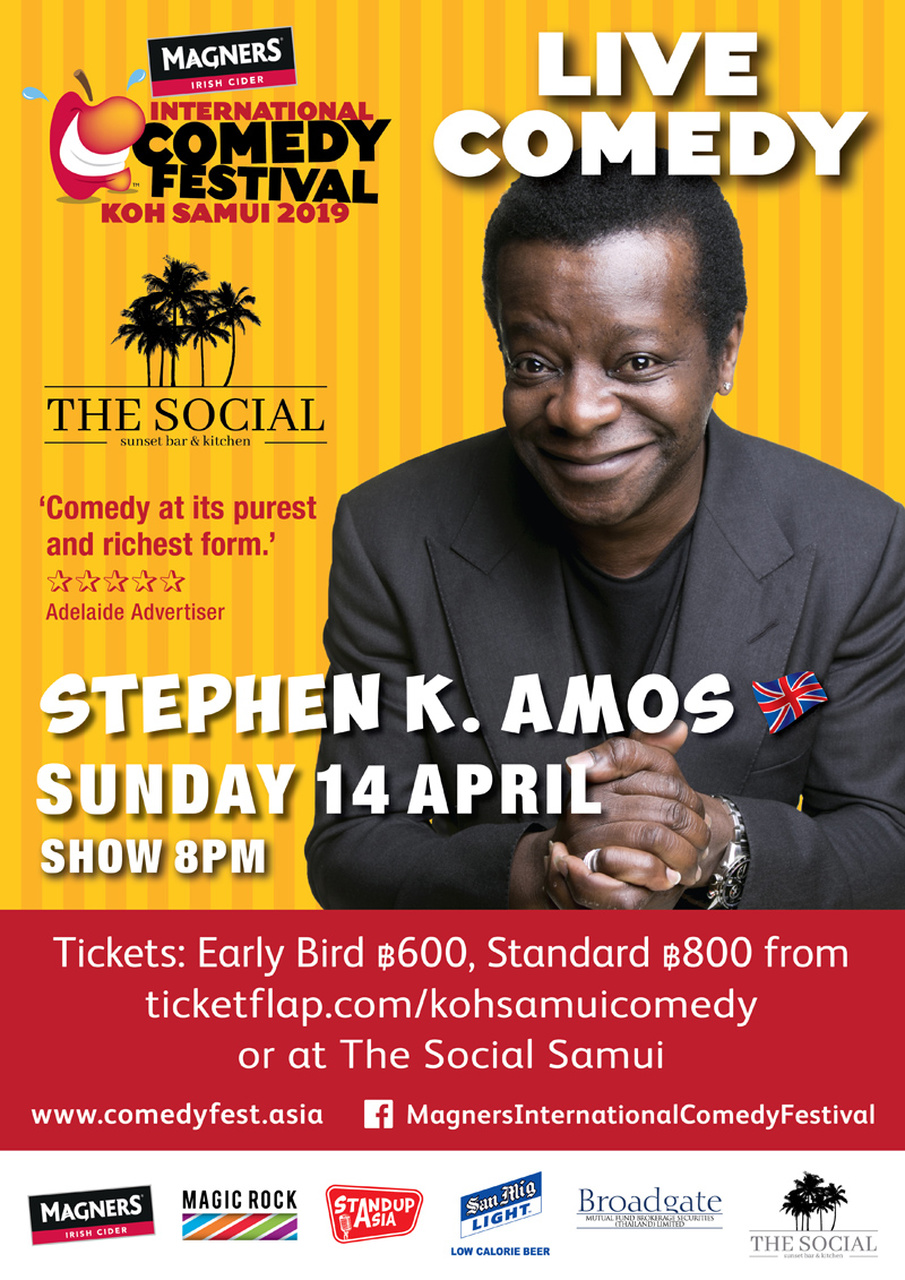 STEPHEN K AMOS has charmed and entertained audiences all over the world with his natural, assured delivery and honest, original material.  His child-like joy and exuberance have impressed on stage time after time, letting audiences immerse themselves in the warmth of ‘one of the most likeable figures in British Comedy’ (Radio Times).  Having made his Edinburgh Fringe debut in 2001 and becoming a festival favourite, AMOS has gone on to win the 2004 Time Out Comedy Awards for Best Stand-Up and has been thrice-nominated for the Chortle Award for Best Compere.  AMOS has also performed on high-profile TV shows, including QI, Live at The Apollo, Have I Got News For You, and the Royal Variety Performance, along with making his own acclaimed Channel 4 documentary, Batty Man, launching his own show on BBC2, The Stephen K Amos Show, and creating two stand-up DVDs, Find the Funny and The Feel-good Factor.  Don’t miss your chance to see the hilarious wit and charm of this brilliant comedic mind in Koh Samui.

Do not miss STEPHEN K AMOS (UK) this April at The Social Samui.  Early bird tickets are on sale now from 600 THB or 800 THB at the door.  Get your tickets today from the venue or on TicketFlap: www.ticketflap.com/kohsamuicomedy

STANDUP ASIA is a part of Magic Rock, a Singapore-based events company that organises comedy festivals and other events throughout Asia.  It has brought international headliner comedians, such as Doug Stanhope and Bill Bailey, to vibrant, multicultural audiences across the region.  For more information, please contact Sammy Grill: sammy@magicrock.com.sg |web: www.standupasia.com | facebook & instagram: @standupasia.comedy