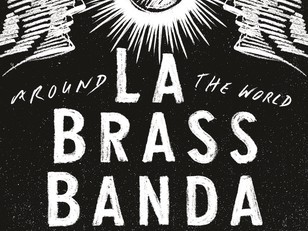 LaBrassBanda Around The World Tour - Live In Hong Kong 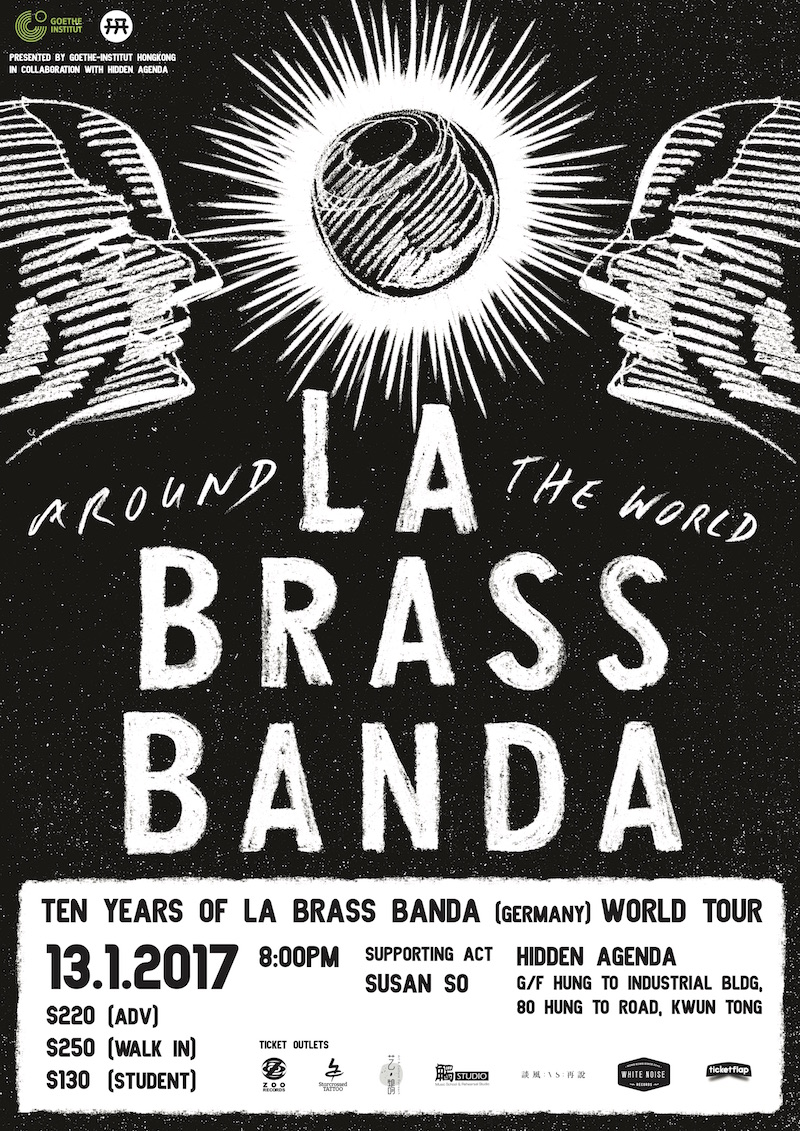 The band was founded 2007 by Stefan Dettl, Andreas Hofmeir, Manuel Winbeck, Oliver Wrage and Manuel da Coll. The five musicians got to know each other

The first concert of LaBrassBanda was in London. During the European football championship in 2008 the band played concerts on their trailer at different

fan miles. The biggest gig they had was in Vienna at the final. They also played at the ´Bavaria Open´ in Munich. In 2009 the band was invited by the Goethe-Institut to take part in the German Culture Festival sibSTANCIJA_09 in Nowosibirsk and Akademgorodok.

There were further concerts in Omsk, Krasnojarsk and Moskau. In the same year LaBrassBanda appeared at the Harare International Festival of Arts in Zimbabwe, organized by the German Embassy and the Zimbabwe German Society, and at the Roskilde Festival.

During 2010 and 2012 they had 500 more concerts and festivals. They played at Hurricane Festival and Southside Festival. They also played gigs in

Russia, Bosnia and Denmark. The band's aim is to make Volksmusik suitable for clubs.

2013 they participated in the national pre-selection of the Eurovision Song Contest and became popular.

The music genre of "LaBrassBanda" is "Neue Volksmusik", but the music style is a combination of Brass, reggae, Punk, Gipsy, Jazz and techno with a

typical Bavarian note. Stefan Dettl and Manuel Winbeck sing in Bavarian, so not everybody can understand the lyrics. The lyrics are about beer, girls and party.

The band plays concerts without shoes and socks, in Lederhosen and T-shirts.

In 2013 Oliver Wrage left the band because of privat reasons and 2014, Andreas Hofmeir left the band with the victory of the `Classic-Echo´. Today,

he has got many solo projects and is a professor at the ´Mozarteum´ in Salzburg. Stefan Dettl had two solo albums: 2011 Rockstar and 2012 Summer of Love. At this albums he does not play trumpet but the guitar. In 2013 Mario Schönhofer (Bass), Jörg Hartl (Trumpet),