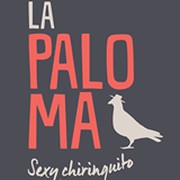 La Paloma, meaning “Pigeon,” is named after the famous and oldest nightclub in Barcelona. The famed bird will serve as the restaurant ambassador, and the whole concept of La Paloma is built around a fun, affordable, value for money and interactive dining experience. There will be an open kitchen with full frontal view of live Paella stations and the “Asador”, a traditional clay oven with temperatures up to 300 degrees Celsius that is perfect for roast dishes such as roast suckling pig, pigeon, lechazo and more. Dining at La Paloma is a fun and simple affair. La Paloma is set in a 3,400 sq. ft. space, which can comfortably seat 85 diners. The design is inspired by “Chiringuitos”, beach bars in Spain which aim to bring an outdoor atmosphere to an indoor restaurant with the usage of building materials commonly use in Chiringuitos and plenty of colours in a casual atmosphere. To set the stage for a buzzy Spanish dining atmosphere every night, Paloma, the Pigeon will also be commonly found around the restaurant. We are part of El Willy “Fun F&B Group“. The group is the result of several years of a Chef’s hard work in Asia. Since his arrival to Shanghai in 2007, Willy has created fun F&B projects that now are presented under the group umbrella. Our first concept, “el Willy, Happy Spanish Restaurant” – today our flagship venue- was followed by “el Cóctel” -a Japanese cocktail bar with a funky twist-, “FoFo by el Willy” -a contemporary Spanish restaurant in Central Hong Kong-, “Bikini, Snackies and Hot Dogs” – a tiny crazy sandwich bar -, and “Elefante, Happy Restaurant and Bar” – Mediterranean -. Tomatito a sexy tapas bar. La Paloma a “chiringuto” style casual concept in Sai yin pun Hong Kong. On the horizon, new concepts under developement in China and beyond. Welcome to el Willy Fun F&B Group!