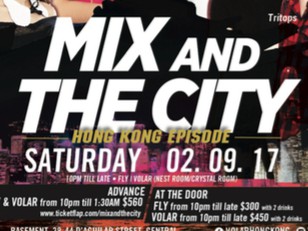 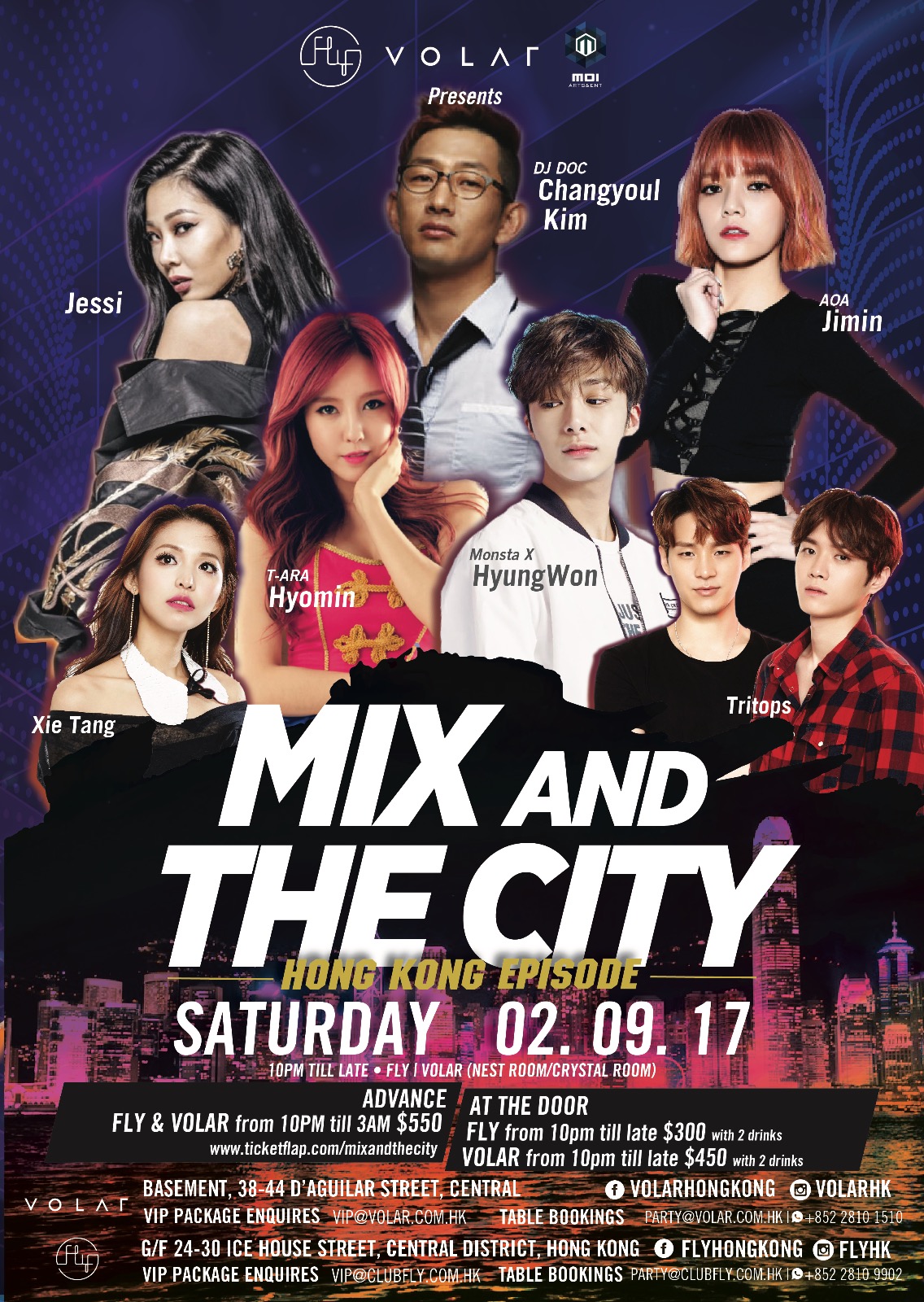 7 Artists, 2 stages. Get ready for an epic SEOUL takeover as we host some of the biggest stars in Asia – September 2nd Saturday at FLY Hong Kong & VOLAR Hong Kong

Jessi
Jessica Hyun-ju Ho (born December 17, 1988), better known by her stage name Jessi, is an American rapper, singer, and songwriter based in South Korea. She released her debut single album "Get Up" in 2005, performing the title song on the TV program Music Bank. In 2006 the hip hop group Uptown featured her in their album "Testimony", replacing their original vocalist Yoon Mi-rae. Her second single album, entitled "The Rebirth", was released in January 2009. From January to March 2015, Jessi was part of the first season of Unpretty Rapstar, a spin-off of the program Show Me The Money. Unpretty Rapstar is a female rapper survival program, where contestants compete for the chance to be featured on tracks in a compilation album. Jessi was chosen as the second-place winner of the show, by audience vote. After her appearance on Unpretty Rapstar, Jessi featured in JYP's single "Who's Your Mama?" and its music video, which were both released in April 2015.The track topped all nine major music charts in Korea as soon as it was released.
Instragram
Wikipedia

Jinmin
Shin Ji-min (born January 8, 1991), better known by her stage name Jimin, is a South Korean singer and rapper. She is best known for being the leader and main rapper of the girl group AOA, which debuted in 2012 under FNC Entertainment. In 2015, Jimin was a semi-finalist in the first season of Unpretty Rapstar. During the show, she released several successful collaboration singles, most notably "Good Start" (with Seulong) and "Puss" (with Iron). Jimin debuted as a soloist in 2016 with the single "Call You Bae" (featuring Xiumin).
Instragram
Wikipedia

Hyomin (T-ara)
Park Sun-young (born May 30, 1989), better known by her stage name Hyomin, is a South Korean singer, songwriter and actress. She is a member of South Korean girl group T- ara. Hyomin was a fixed cast member of KBS' variety show, Invincible Youth from October 23, 2009 to December 24, 2010. She starred in the drama My Girlfriend is a Nine- Tailed Fox as Ban Sun-nyeo from August 11, 2010 to September 30.
Instragram
Wikipedia

HyungWon (Monsta X)
Hyungwon is a member of the South Korean boy band Monsta X formed by Starship Entertainment through the survival show No Mercy on Mnet in 2015. Hyungwon was a recognized model and participated in various fashion shows. In 2016 he appeared in K.Will's music video for the song "You Call It Romance" featuring Davichi. He made his acting debut in the web drama Brother Jeongnam, whose title was later changed into Please Find Her. The webseries aired on March 1, 2017 as two 60-minute episodes on KBS2 and KBS World
Instragram Wikipedia

Tritops
Tritops is a South Korean boy band managed by Van Leader Entertainment. The group has released their first mini album "Sweet Holic" on May 25, 2012 which reached 30 on GAON Album chart. Ilgoon finally returned to the group in 2013. TriTops released a single, "Too Foolish To You" on February 20, 2013. They then released "Your Temperature" on December 23, 2014. They have been growing in popularity due to their strong vocal abilities since then.
Wikipedia

Changyoul Kim
Changyoul Kim is a member of DJ Doc; which is one of the biggest veteran hip-hop group in Korea. DJ DOC released their first album, Sorrow of Superman, in 1994. They went on to experience great commercial success, and many of their singles, including 1997's "Dance with DOC," and 2000's "Run To You," are now considered iconic K-pop songs.
Wikipedia

Xie Tang
Xie Tang, a Malaysia DJ, who has been active in local and international scene since 2013. To elevate herself in the DJ scene, she moved on to playing EDM music for bigger shows and rave parties as main act and special guest appearance all over clubs in Malaysia (Zouk KL) and overseas clubs at South Korea, Singapore, Indonesia, Vietnam, Thailand and etc. With her rising popularity, she was also invited to work with some brands such as Moet & Chandon, Breitling, Red Bull, etc. Since then, she was invited by a Korea Entertainment Company to join them as artist, working together for music production and appearance alongside with Korean famous celebrities in upcoming TV Program 'Mix and The City' by JTBC.
Instragram

VOLAR & FLY is strictly an 18 and over venue. Strictly no shorts and flip flops
In the event of dispute, VOLAR and FLY management reserves the right of final say.