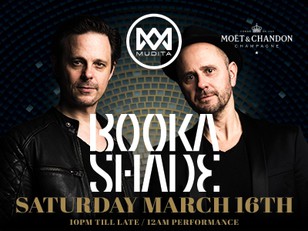 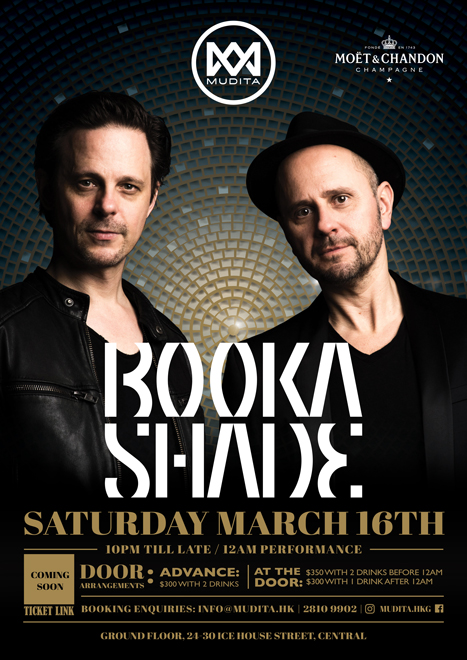 We are thrilled to announce that celebrated German electronic duo, Booka Shade will be coming to Mudita on the 16th of March to give us an incredible live set experience.
Get ready for a great night of house & techno. Get your advance tickets today!

With their beginnings in Frankfurt and their sights originally on synth-pop, the duo Booka Shade quickly gained a strong following. In 2002 Booka Shade formed the now legendary dance label Get Physical Music (together with M.A.N.D.Y., Thomas ‘DJ T.’ Koch and Peter Hayo), where they would have a platform for their own music.

Their fifth studio album ‘Eve’, released in 2013, marked the last traditional club music album for Booka Shade. 2 years later in 2015 „Movements 10“, the 10 years anniverary of their milestone album, was the ultimate closure of the first chapter.

"We met Kaktus at a festival in Ireland last summer where he played with his band, and when we talked it turned out that as a student he had been to our first show in Iceland, which by coincidence took place in Björk's former school."

Booka Shade ft. Kaktus Einarsson’s ‘I Go, I Go’ is the first in a string of releases in 2019 which will be collated into a collection of songs and released via the label in September 2019.