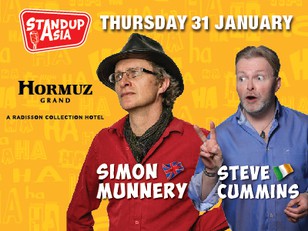 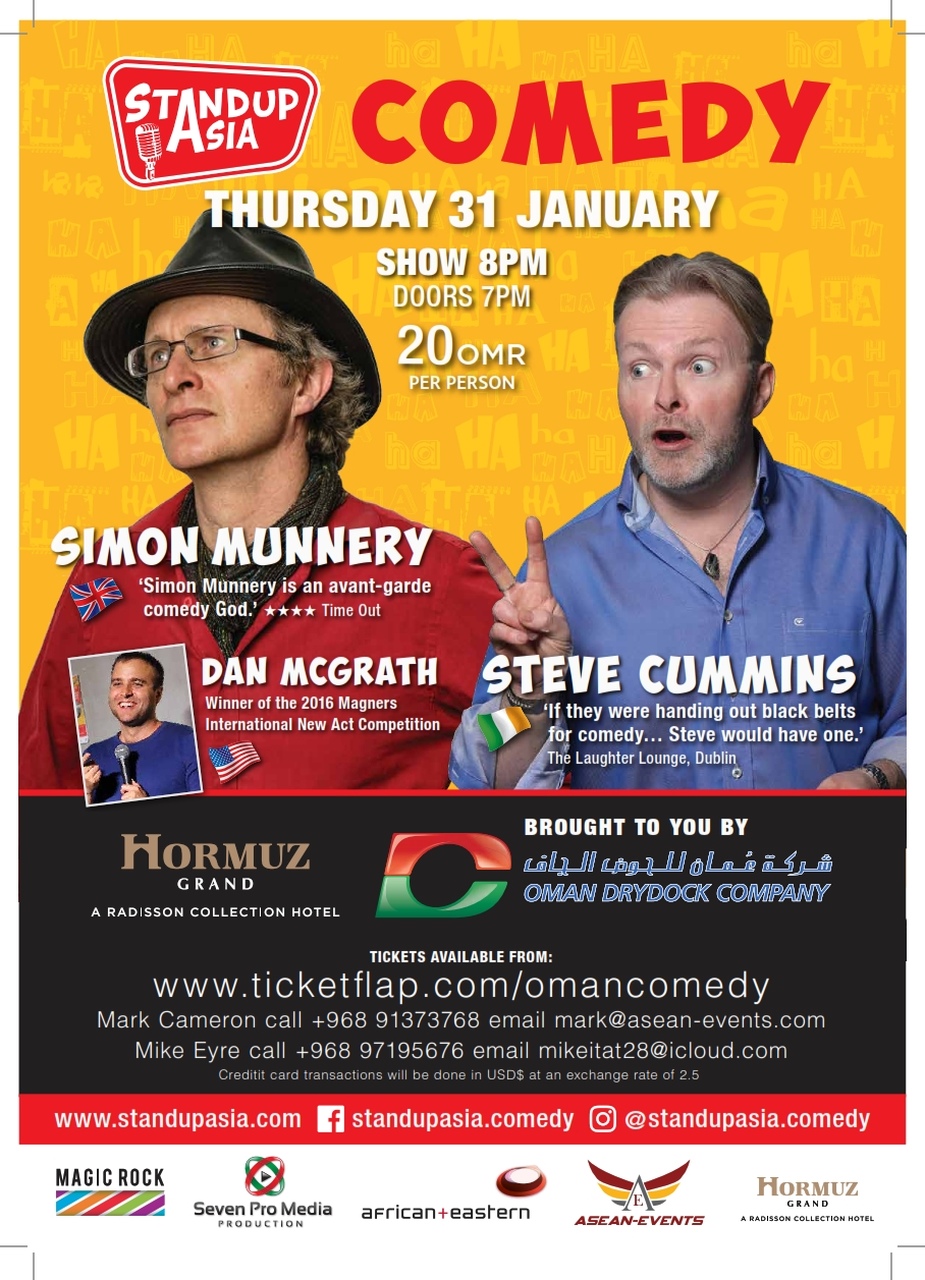 with STEVE CUMMINS and DAN McGRATH

‘Oh the deep, deep joy of an hour with Simon Munnery’

SIMON MUNNERY, award-winning alternative comedy legend, has offered up jokes, tales, poems, and experiments to audiences worldwide.  Best known for his character creations, Alan Parker: Urban Warrior, Buckethead and The League Against Tedium, MURRAY has starred in a multitude of TV and radio projects, including a vast array of comedy shows spanning 34 years.  His stand-up career has taken him across the globe, allowing this ‘brilliant comedian’ (Times) to become a Chortle Award winner, Barry Award winner, Sony Radio Award winner, British Comedy Award nominee and Perrier Award nominee.  This Edinburgh Fringe veteran is ‘a must-see for any comedy connoisseur’ (Guardian).  Do not miss this convention-defying innovator in Oman.

STEVE CUMMINS can be seen as a headliner in every major comedy club in Ireland.  As the resident host of Ireland’s most prestigious comedy club, The Laughter Lounge, CUMMINS can be found ‘cheerfully taking the piss out of strangers and ensuring Ireland’s reputation of xenophobia is maintained.’  CUMMINS has performed his comedy on numerous TV and radio shows, including his own comedy panel creation, What Were We Thinking?  A natural performer and people person, CUMMINS brings a warmth and professionalism to any stage.  His quick wit, coupled with vast experience, ensures for an unforgettable show.  Come enjoy Ireland’s ever-reliable, ever-funny, comedian, author, and radio host on stage this January.

Do not miss SIMON MUNNERY (UK) with special guest STEVE CUMMINS (IRL) and host DAN McGRATH (USA).  Tickets are on sale now for 20 OMR per person.  Get your tickets today on TicketFlap: www.ticketflap.com/omancomedy