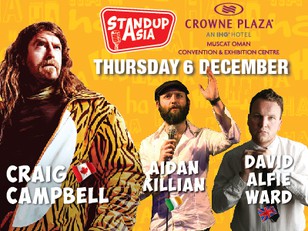 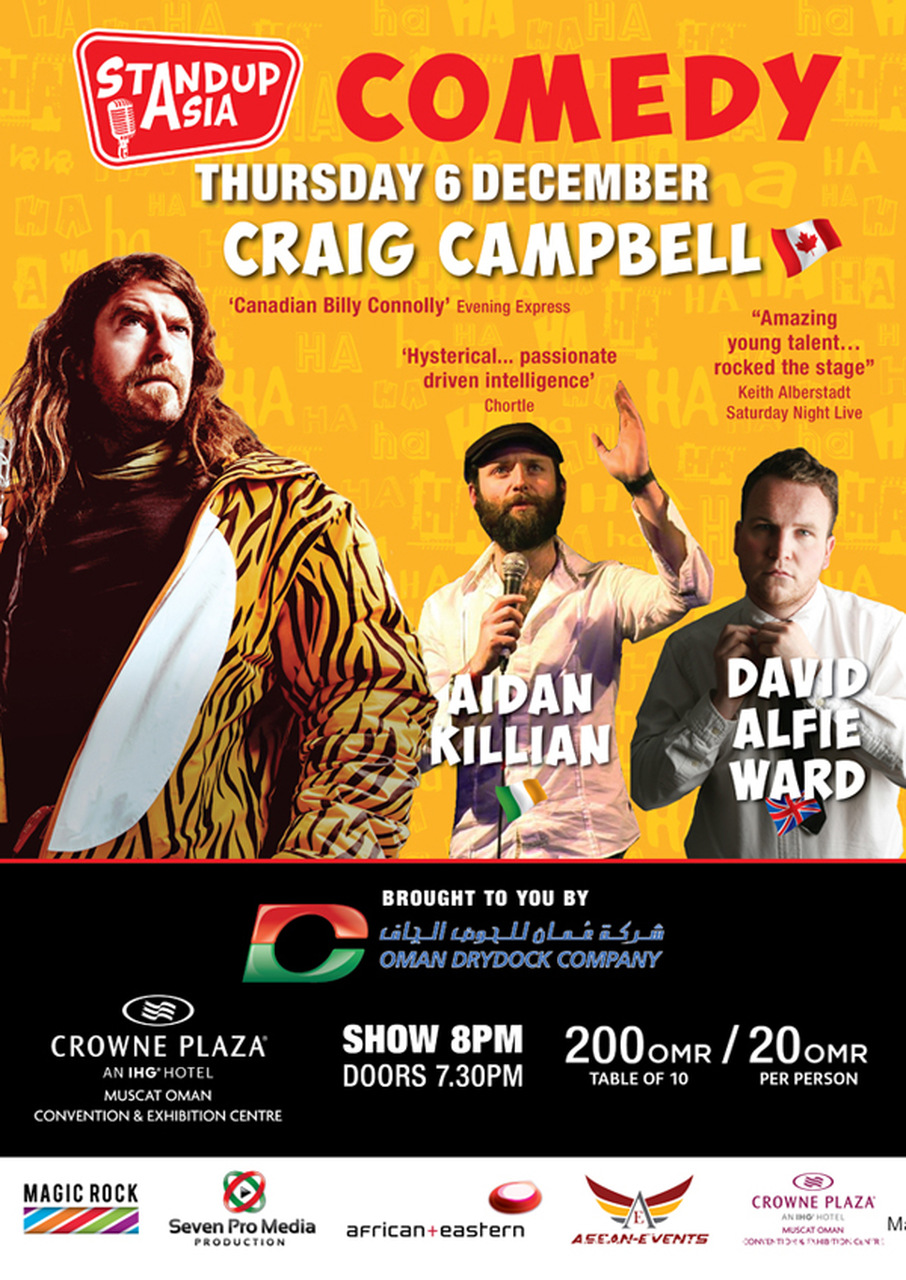 “One of the most skilled storytellers and jokesmiths on the circuit... Craig is simply a very, very funny man”

“A fantastic yarn weaver, with charming tales of his travels and hugely funny observations”

“One of the finest comedians in the country, no the world, a well-traveled genius”

CRAIG CAMPBELL, who specializes in “loud, beautifully crafted tales of outsider adventure” (Independent), will bring his thrilling new show Easy Tiger out of the Fringe jungle and onto the Oman stage during his third solo tour.  This globe-trotting funnyman, who recently supported Frankie Boyle for the third time on his national tour, was a hit on Alan Davies: As Yet Untitled.  He also performed on Michael McIntyre’s Comedy Roadshow, Russell Howard’s Good News, and was responsible for easing the contractions of an expectant mother on Dave’s One Night Stand, who laughed so hard at his performance that her water broke.  Buy a ticket and settle in for “a whirlwind hour of reflections and ruminations” (The Herald)with one of the most charismatic and inventive performers around.  Your only disappointment will be when the show ends.

DAVID ALFIE WARD started his stand-up career in a small hometown bar in the east end of London.  Since then, he has brought funny to audiences worldwide, playing in some of the biggest clubs in the UK, Europe, USA, Australia, and Asia.  He has also been featured on TalkSPORT, Capital FM, IVT, the Metro, Fubar FM, and the Ladbible in the UK.  An observational comic and natural storyteller, WARD bares his soul with confidence and ease on stage in the most entertaining way.  Don’t miss one of the biggest acts on the Asian comedy circuit and what Saturday Night Live has called an “amazing young talent.”

AIDAN KILLIAN is one of the most daring, original, and thought-provoking comedians that Ireland has ever produced.  He has now performed his unique comedy style for seven Edinburgh Fringes, becoming known for his “master class in satire” (Bunbury Magazine).  Seen as a “highlight” at Glastonbury Festival 2016, KILLIAN went on to be nominated for Best Comedian at the World Fringe in 2017.  He carried on bringing laughter to audiences across the globe during his two-year world comedy tour, being described as “deliciously subversive” (The Advertiser).  You don’t want to miss what critics call, “Hysterical… Passionate, driven intelligence” (Chortle).  KILLIAN promises to deliver so much more than laugher that you’ll be sure to leave wanting more.

Do not miss CRAIG CAMPBELL (Canada) with special guests DAVID ALFIE WARD (UK) and AIDAN KILLIAN (Ireland).  Tickets are on sale now from 20 OMR per person or 200 OMR for table of 10.  Get your tickets today on TicketFlap: www.ticketflap.com/omancomedy

STANDUP ASIA is a Singapore-based company that organizes comedy festivals and events throughout Asia.  It has brought international headliner comedians, such as Doug Stanhope and Bill Bailey, to vibrant, multicultural audiences across the region.  For more information, please contact Sammy Grill: sammy@magicrock.com.sg