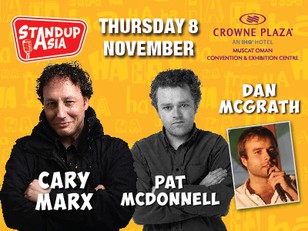 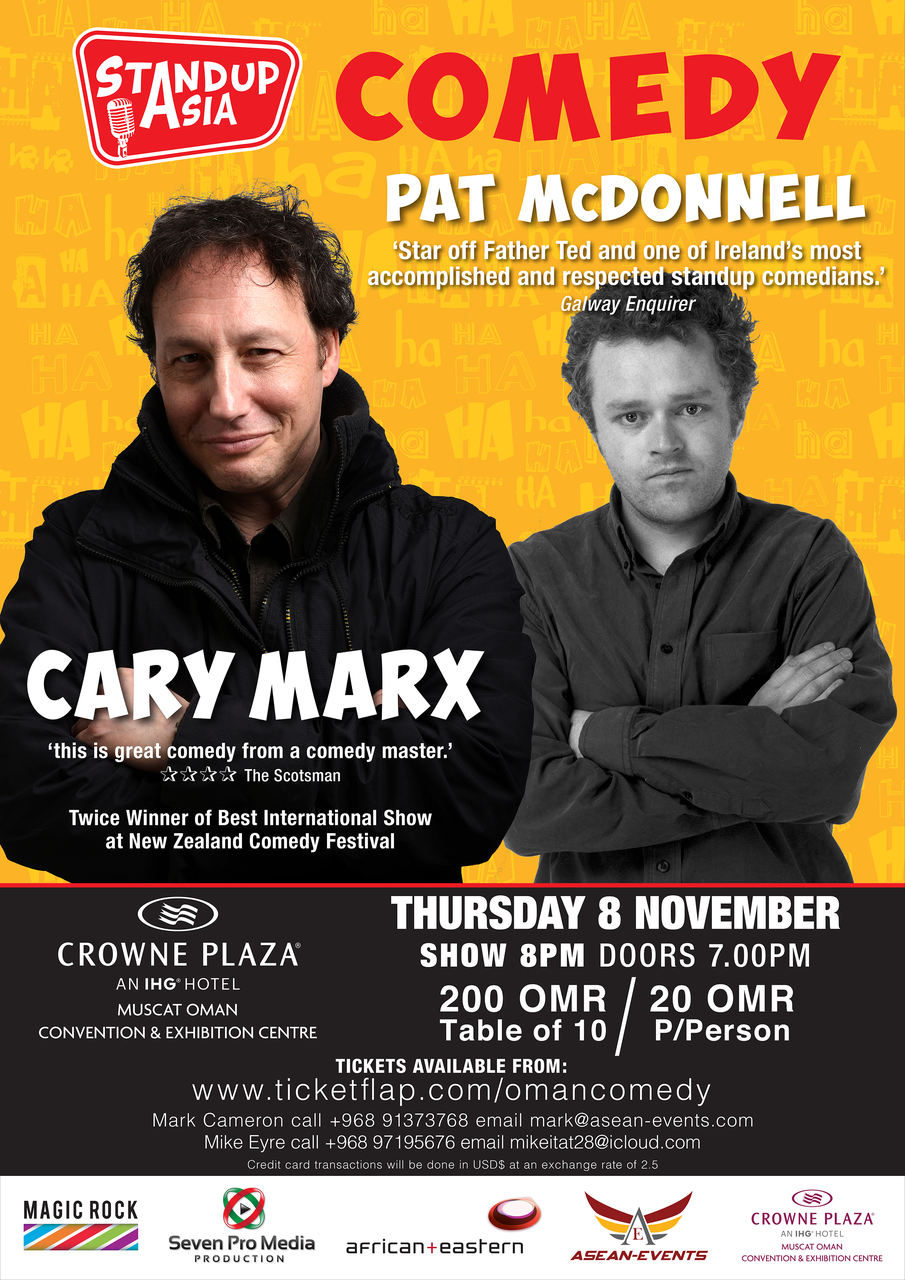 An English comic, and Irish comic and and Australian walk into Oman.... on Nov 8th.

Three headline comedy stars in one night at the luxurious Crowne Plaza Hotel. Get tickets now before it sells out!

Patrick McDonnell is one of Ireland's all time best comedians, he headlines comedy clubs all over UK and Ireland and stars in 'Moone Boy', 'The Savage Eye', 'Naked Camera' and of course 'Father Ted'.

COMEDIAN 3
The night will be hosted by award winning Australian comedian, Dan McGrath from Australian, winner of the 2016 Magners International New Act Competition. He has been headlining comedy clubs all over Asia for year and just moved to Oman.
Price for this once off show is 20 OMR (USD rate at 2.5) Get your tickets for you and your friends today and prepare for a great night of laughter.
聯絡主辦團體
查看主辦方其他活動