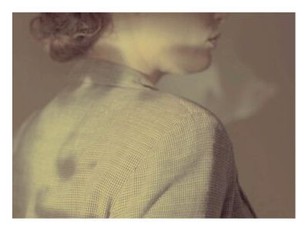 A South African One-woman Show Based on True Events

Tracks is a one-woman show by Maude Sandham and Nicola Pilkington who excavates the myth and memory of her grandfather, Alan Sandham. A man with 6 children and a dedicated wife. A man who loved to read the classics, listen to Rachmaninoff and cook his ‘Scandinavian specialties’. A man who worked for the South African Railway for 35 years. And a man who kept a secret.
A story about the political ebbing into the personal. A story about a man of colour who slipped through the cracks of the Apartheid regime.

Background and Performance History:
Tracks is based on the true events surrounding the exposé of Alan Sandham’s secret identity. Maude recalls the conversations with her family members and the photographs of Alan, piecing the clues of his story to try to gain a clearer picture of the man- and to try to solve why he didn’t even tell his own family the truth?

The play is an auto/biological, one person show by Maude Sandham. While she tells a deeply intimate story about her grandfather, Tracks sheds light on the effects of the segregation laws during Apartheid.
This is not a unique story, but one of the millions of grey areas that lie in-between the black and white print on the pages of the South African history books.

Tracks was the commissioned work for the 2017 So Solo Festival at Wits Theatre, and ran at the National Arts Festival in 2018, as part of the STAGED Showcase presented by UJ Arts and Culture. The shows most recent iteration ran at POPArt Theatre in Maboneng, Johannesburg at the end of last year.

The show will be touring to Asia in 2019, having been selected to participate in the SAHK Theatre Exchange in Hong Kong.